When you’re a celebrity, image is everything, which is why the rich and famous spend countless pounds and hours making sure they look good. Some celebs are even better known for their appearance than their supposed talent, with their unique features turning them into a pop-culture fixture. When your career depends so much on appearance, it’s easy to understand why celebs go to such extreme measures. Here are 10 stars whose body parts deserve their own red carpet…

It’s the butt that broke the internet with THAT photo shoot for Paper magazine’s winter issue. The butt that helped to inspire a wave of bum implants, fat injections and even a range of padded underwear at Debenhams. The reality star loves showing off her impressive behind in tight-fitting clothes, and it’s even rumoured to have its own assistant and therapist!

Currently the world’s top supermodel, Cara Devingne’s thick but well-groomed eyebrows are her most defining feature. Solely responsible for starting the current beauty trend of fuller brows, she’s inspired a surge of eyebrow restoration surgery, where hair follicles are transferred from other parts of the body to get the Cara look.

Long before Swifty insured her seemingly never-ending pins, Mariah Carey was cashing in on hers. In 2006 the singer signed a policy covering her legs for an eye-watering $1 billion after signing on to front Gillette’s “legs of a Goddess” advertising campaign. Rihanna took over the role in 2007, but for some reason was only offered a paltry $1 million for her stems.

If there is one booty that can steal Kim Kardashian’s crown, it’s the derriere of Nicki Minaj! A force to be reckoned with, some might say it even “broke the internet” long before the famous Kardashian rear end, with the cover art for her 2014 single Anaconda becoming a meme within hours of its release. Just like Kim, Nicki has long being denying rumours of bum implants, but whereas Kim’s behind is her calling card Nicki claims she doesn’t wish to be defined by hers.

In 2014, Angelina Jolie’s bee-stung lips were the most requested by female cosmetic surgery patients hoping to give their mouth a boost, but such attention to her signature pout is nothing new. Since her big break in 1999’s Girl Interrupted its Jolie’s luscious lips that have stolen the spotlight, helping to cement her reputation as one of the 20th century’s iconic beauties.

After being first lady, Michelle Obama is best known for her super toned arms. Their fan base is so strong they even have their own tumblr blog dedicated to them! She keeps them looking fab with an intensive weight training regime that works several upper arm muscle groups.

It’s hard to believe legendary supermodel Cindy Crawford grew up hating the way she looked, but as a child she was bullied for her “ugly mark” – so much so she almost had her famous beauty spot removed. Fortunately, her mother convinced her otherwise, and now nobody is allowed to mess with her signature mole: “The first time British Vogue put me on the cover, they airbrushed off my mole… whenever they mess with the mole, I cringe!”

Known as the woman with the million dollar grin, (although it’s actually insured for $30 milliion) Julia Roberts megawatt smile has been her signature since she hit the acting world in the ’80s. It lights up her whole face and has contributed to her success as one of Hollywood’s most highest paid actresses.

As well as her super long legs, Blake Lively is renowned for her luscious blonde locks. Most often styled in effortlessly tousled waves, her hair is the perfect accessory to her equally recognised fashion sense.

Teen idol turned controversial pop star Miley Cyrus recently admitted the reason she sticks her tongue for photographs, claiming: “I just stick my tongue out because I hate smiling in pictures. It’s so awkward. It looks so cheesy. Now people expect it — like, ‘Put your tongue out!'” Fair enough! 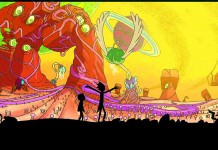 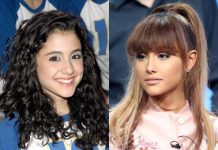 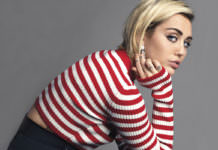