Even in this day and age, there’s many people who just don’t understand how others do not want children, just as some can’t understand how others do. That being said, it’s a shame that women in the public eye who don’t have children will be asked why they don’t, as if this is a topic of conversation that you would/should bring up with strangers. In modern times, children should not be seen as the expected commodity that they used to be. Recently, when asked about why she doesn’t have kids, Kim Cattrell responded “I am a parent. I have actors and actresses that I mentor. I have nieces and nephews that I am very close to. There is a way to become a mother in this day and age that doesn’t include your name on the child’s birth certificate.” This response highlights perfectly how women can still indulge their maternal instincts while not having their own. I’ve compiled a list below of some of the best responses celebrities have had to questions regarding their lack of children.

Stevie Nicks – “It’s like, ‘Do you want to be an artist and a writer, or a wife and a lover?’ With kids, your focus changes. I don’t want to go to PTA meetings.”

Cameron Diaz – “A baby — that’s all day, every day for eighteen years. Not having a baby might really make things easier, but that doesn’t make it an easy decision. I like protecting people, but I was never drawn to being a mother. I have it much easier than any of them. That’s just what it is. Doesn’t mean life isn’t sometimes hard. I’m just what I am. I work on what I am. Right now, I think, things are good for me. I’ve done a lot. And I don’t care anymore.”

Zooey Deschanel – “I’m not going to answer that question. I’m not mad at you for asking that question, but I’ve said it before: I don’t think people ask men those questions.”

Marisa Tomei – “‘I’m not that big a fan of marriage as an institution, and I don’t know why women need to have children to be seen as complete human beings.”

Portia De Rossi – “There comes some pressure in your mid-30s, and you think, ‘Am I going to have kids so I don’t miss out on something that other people really seem to love? Or is it that I really genuinely want to do this with my whole heart?’ I didn’t feel that my response was ‘yes’ to the latter. You have to really want to have kids, and neither of us did. So it’s just going to be me and Ellen and no babies but we’re the best of friends and married life is blissful, it really is. I’ve never been happier than I am right now.”

Lily Tomlin – “Oh, yeah, that’s perfectly fine for somebody who wants to. But at that time I didn’t want to — and I’m glad I don’t — have any children. God only knows what I would have done with them, poor things. I really do like kids, but there wouldn’t have been room in my life to raise children. I was so involved with my career and I would have had to give up the career in large part because I could not possibly have shortchanged the child. It’s hard to raise children and to do right by them. There are too many kids anyway. There’s too many people.”

It’s important that we start working towards a society where women are expected to have children. Whatever everybody chooses to do to their own body is entirely their own choice, but having a child does not make you better or more worthy of praise than those who don’t. 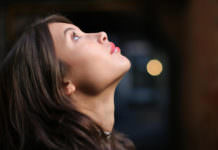 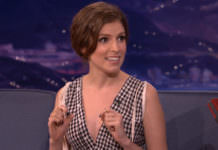