We all have that one friend at parties, they have a few drinks and suddenly they’re telling us about all their favourite conspiracy theories.

But did you know about these 15 conspiracy theories that came true?

Alcohol was poisoned by the Government during prohibition

When the Goverment found out people were still drinking after alcohol was banned they were not impressed so they decided to poison the ingredients to moonshine. It didn’t stop people and many became sick or died.

After a Freedom of Information Act was filed in 2005, the CIA had to finally admit that Area 51 was indeed real.

It was revealed in 1975 that there was a project called Project MKUltra that experimented with mind control and drug experiments on civilians.

The US were secretly selling weapons to Iran

Known as the Iran-Contra affair, it was discovered during Reagan’s second term that senior officials were indeed secretly selling weapons to Iran.

The CIA has secret prisons

Human rights activists were adamant that the CIA were hiding secret prisons (known as black sites) from the public eye. Their existence was confirmed in 2006 by George W. Bush.

The WWE is scripted

We all suspected that the WWE was scripted but it wasn’t confirmed until 2003 when a Reddit user started posting the winners of matches before the matches had happened.

Rich businessmen want to overthrow the US Government

Known as the Business Plot, it was revealed when Major General Smedley Butler testified to congress that several businessmen had attempted to recruit him in a plot to overthrow the Government leaving a dictatorship led by these businessmen. Although nobody was convicted it is thought there was at least a plot.

The Gulf War started after a young girl in 1990, called Nayirah, gave testimony to congress that there were babies being killed and Kuwaiti hospitals were being looted by Iraqi soldiers. However it came to light that the girl was actually the daughter of the Kuwaiti ambassador to the US and had made up the stories about the babies. They wanted to start a war and succeeded.

The Government planned terrorist attacks on its own people

The Department of Defense put forward a plan called Operation Northwoods which was rejected by the Kennedy administration. This plan was to place attacks on its own people and frame the Cuban Government.

We all thought asbestos might be dangerous and it turns our it is very dangerous. The fact came to light in the 1970’s but it’s thought that the Government knew its dangers as far back as the 1930’s and concealed the truth.

The 1919 World Series was Thrown

The Black Box Scandal saw eight White Sox players being accused of throwing the game, however all players were acquitted as it wasn’t technically a crime.

The CIA ‘cleaned’ the records of Nazi scientists 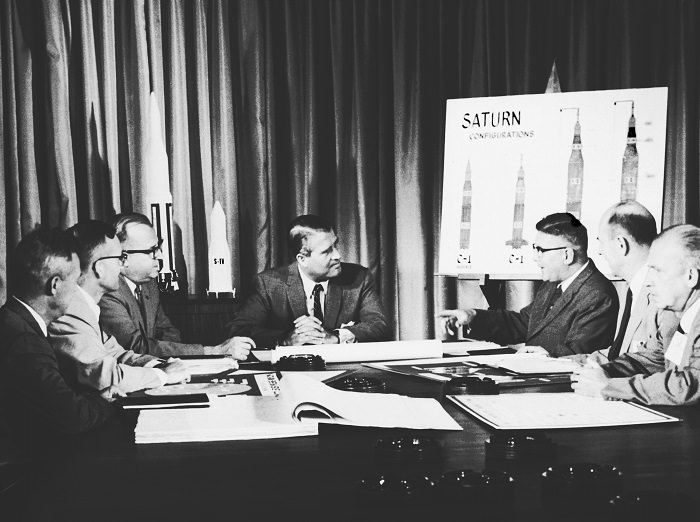 The CIA wanted to recruit Nazi scientists so they cleaned their records in order for them to work in American government.

In 2013 it was revealed that the IRS had put people under intense scrutiny based on their political beliefs – particularly conservatives.

The CIA influences the news

It was discovered that the CIA had a secret project it the 1950’s that would influence the media – it was called Project Mockingbird.

Scientologists are into some bad stuff

Operation Snow White was the name given to the operation by the Scientology church to rid governments across the world of any records that was not favourable to the church. Who knows what they get up to!

Steph Cosway
Journalism graduate and 100% geek. I have worked in writing for the last 7 years as well as dabbling in a science laboratory. So if I ever stop writing, it's because I've been in a lab experiment and turned into a super villain. I'm particularly interested in video games, comics and Harry Potter. Oh and I have lots and lots of cats.
Previous articleThis Is Exactly How it Feels Like When An Author Finishes Writing A Book
Next article11 Great Gift Ideas To Pick Up For Technology Lovers – #6 Will Likely Get A Squeal

0
These days most people spend at least a couple of hours each and every day online. Whether it's keeping up with social media, following...
Read more
Life

Selfies That Are So Awful They Should Never Have Been Taken

0
There's a time and a place for everything and that most definitely applies to selfies. We take millions upon millions of selfies everyday but...
Read more
Life

0
It's estimated that over 93 million selfies are taken around the world each and every day and it's safe to say that many of...
Read more
Life

Things You’ve Done But Won’t Admit To Anyone Else

0
In the age of social media, we share an awful lot of things with our friends, family, colleagues and the wider world. However, most...
Read more

You’re Doing it Wrong. 18 Products You’ve Been Misusing for Years

0
People are creatures of habit, and we don't like to hear we've been using something wrong for years. But when you hear these life...
Read more

Why Children Should Be Encouraged To Fall Over And Get Hurt

0
Children these days are mollycoddled a lot more than the children of a few decades ago. They tend to explore the world...
Read more

70 Most Stunning Drone Images Ever Taken

0
Drone photography has taken its own course defining the method photography recently. Every now and then we see quality images soaring in numbers with...
Read more

The Top 10 Games That Made The Most Amount of Money

0
Until the end of 2019 we were looking for similarities between Skyrim and Game of Thrones. The gaming business is absolutely huge and surely...
Read more

Awesome Couple Transform Their Kitchen Into The One From The Simpsons

0
This is the definition of true fandom. Quirky Canadian couple Marcia Andreychuk and Joel Hamilton love The Simpsons so much, they've transformed their kitchen into...
Read more
© © Copyright 2015-2018 - Voolas - Made by few Internet vagabonds.
We use cookies on our website to give you the most relevant experience by remembering your preferences and repeat visits. By clicking “Accept All”, you consent to the use of ALL the cookies. However, you may visit "Cookie Settings" to provide a controlled consent.
Cookie SettingsAccept All
Manage consent