Michael Gove, the rubberfaced Tory everyone is busy laughing at on social media this week, for this hilarious Vine posted by @swiftlaura. You know, the one where he claps about 14 different ways in 7 seconds, all whilst pulling a face that says “can’t make my mind up whether I’m sucking a Werther’s Original, crying or genuinely happy that I’m about to stab all my colleagues in the back”.

We loved this and wanted to show that he’s not a one trick pony at all. Here, Voolas proudly presents the 12 different faces of Michael Gove. We guarantee there is one for every single occasion.

The “I’ve Just Let one Slip, But I’ll Blame it on Boris” Face

The silent but deadly political assassin type fart. The one that takes out floppy haired bumbling Brexiteers.

The “I’m really really hard, but I still like to press wild flowers” face

Don’t mess with me. I’ll kill your career, then laugh and bake a cake afterwards.

Except Gove doesn’t spit all over the screen and wipe it off with a duster. He just genuinely looks like that.

The “I hear what you’re saying, but I think it’s genuinely a load of old cobblers” face

Also subtitled “I’m infinitely better than you, even without charisma”

The “Phil Mitchell’s got nothing on me” Face

Don’t mess with him. He knows some facts about stuff. And ting. He even used them once.

He’s a man. A man for all men. A man who probably still wears Old Spice and wears y-fronts.

The “Impersonation of Harry Enfield” Face

How he’s managed to pull this one off, we don’t know – but it’s uncanny.

The “Impersonation of Tony Benn” Face

OK, the pipe and tea mug are missing – but nevertheless it’s uncanny. Cross party political impersonations are the future for Gove.

The “Oh for goodness sake, just admit I’m better than you” Face

Yes, we know you think you’re morally superior. It oozes out of you like all the lies.

The “I really don’t agree with what you’ve said, and you’re an idiot” Face

We imagine he pulls this one at home a lot. 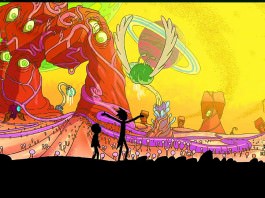 The 8 Stages Of Writer’s Block