You can’t let good genes go to waste! From the Beckham’s beautiful brood to Heidi Klum’s modelworthy offspring, here is our list of the 10 most fortunate-looking celebrity children.

This girl may be the luckiest teen in the world. Not only is she the daughter of actor Johnny Depp and French model Vanessa Paradis, but the 16-year-old has just been announced as the new face of Chanel Pearl eyewear.

If landing the coveted campaign wasn’t enough, she also was shot by head designer Karl Lagerfeld, who described the fresh-faced star as “ravishing” and “a girl from the new generation.” 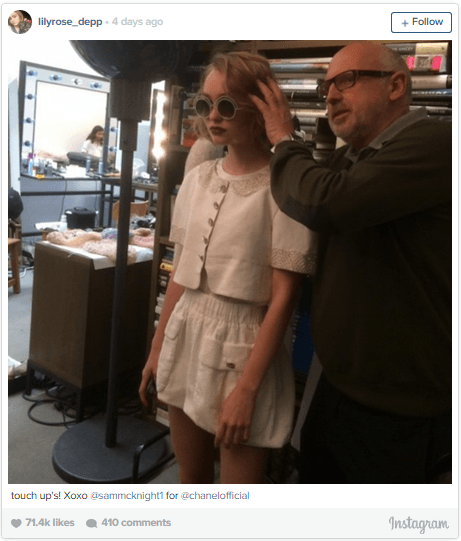 It’s hardly surprising that Lily-Rose fit right in at a Chanel photoshoot, considering mum Vanessa has been an ambassador for the brand since the 90s. The pair both modelled in Chanel’s acclaimed Casino themed catwalk show earlier this month, and can be seen here attending the Chanel Paris-Salzburg 2014/15 Metiers d’Art Collection runway show together in March.

Most girls hate being told that they’re anything like their mothers. But if you’re mum is Cindy Crawford, then that’s an entirely different matter altogether. Practically a clone of her supermodel parent, Kaia Jordan Gerber is looks so grown up it’s hard to believe that she’s barely in her teens.

In 2012 Kaia was selected to front the Young Versace campaign, an impressive feet for a ten-year-old. Now aged 13, she is signed to IMG Models and recently modelled for Vogue Italia.

As well as mum Cindy, Kaia’s dad Rande Gerber also pursued modelling before opening his two nightlife companies The Midnight Oil and the Gerber Group. Kaia’s 15-year-old brother Presley is a whiz behind the camera, and the pair recently collaborated on a shoot that was praised by fans for both Presley’s skills as a photographer and Kaia’s ability as a model.

3 and 4) Brooklyn and Romeo Beckham

The oldest of the Beckham clan, Brooklyn has his mother’s signature pout down to a tee. The 17-year-old made his modelling debut in March 2014 for high-end men’s publication Man About Town magazine, and the dedicated follower of fashion is reguarly seen wearing Ralph Lauren, Saint Laurent and Supreme.

Where as Brooklyn takes after Mum Victoria, his younger brother Romeo is the spitting image of their footballer/model dad.

The 12-year-old was paid £45,000 to model a scarf and raincoat in last year’s Burberry Christmas ad, working out at £93 a minute for a day’s work – a pay cheque that many more experienced models would struggle to match!

Brand Beckham is growing up fast!

Daughter of America’s sweetheart Reese Witherspoon and ex-husband Ryan Phillippe, 15-year-old Ava was always going to be a looker.

Although Ava and her siblings Deacon Phillippe and Tennessee Toth are not in the limelight as much as some celeb children, Ava and her mum Reese are well-known for their assortment of super co-ordinated outfits. For example…

The oldest child of the legendary Madonna, Lourdes ‘Lola’ Leon is also the daughter of Carlos Leon, an accomplished actor best known for starring on Broadway.

She first came to the public’s attention at age 13, when she partnered with her mother for their Material Girl clothing line in 2010. More recently Lourdes Leon has been in the papers for slamming Kylie Jenner, supposedly calling the youngest member of the Kardashian brood ‘vile’.

Incredibly multi-talented – she’s a published author, model and singer – The 18-year-old appears to be following in her mother’s footsteps by pursuing a career in performance. She earned her high school diploma from the La Guardia School of Performing Arts in New York in 2014, and plans to attend the University of Michigan, the same college Madonna attended.

The oldest child of Will Smith and actress Jada Pinkett-Smith, Jaden is more famous for his bizarre twitter rantings than his multiple acting roles.

He’s starred alongside his dad in The Pursuit of Happyness and After Earth, but the 17-year-old has drew more media attention for donning a skirt while out and about in Calabasas, California recently. 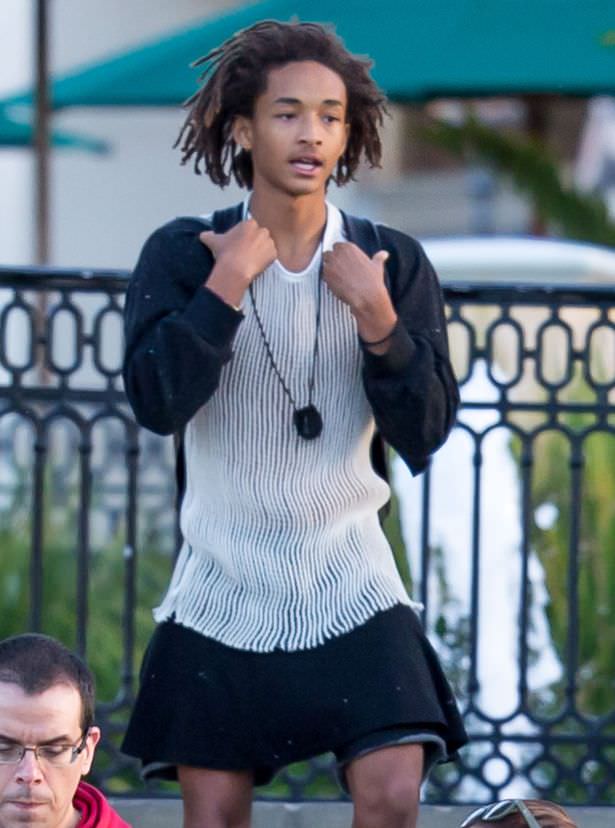 Jaden’s 14-year-old sister Willow is also known for her unique sense of style, and is essentially the female version of her father and older brother.

Despite his quirks, Jaden has no problem with the ladies, which is definitely aided by inheriting his famous dad’s good looks. In the past he has been linked to Kylie Jenner, and is currently dating Hunger Games actress Amandla Stenberg.

Although not even pre-teens yet, half-sisters Leni (7) and Lou Samuel (4) are more stylish than most grown ups. Both daughters of German supermodel Heidi Klum, Leni’s biological dad is Italian businessman Flavio Britore and Lou is the daughter of Heidi’s ex-husband Seal (real name Henry Samuel), with whom she also has two sons Henry (10) and Johan (9).

Unsurprisingly, the girls long to follow in their mum’s shoes, but dad Seal (who adopted Leni aged 5) is against the idea of his daughters going into modelling. He supposedly ‘flipped out’ when he discovered Heidi was searching for an agent to represent them, and would much rather they focus on their education.

With her mature features and long legs, it’s hard to believe Teri Hatcher’s daughter with ex-husband Jon Tenney is only 15-years-old!

Teri has practically raised Emerson as a single mother since her divorce from the actor in 2003, an made an effort to keep her only child out of the limelight. Raised outside of Hollywood, Emerson is known for her caring spirit and down to earth attitide.

Brainy as well as beautiful, Emerson has had small voice over roles in Coraline and Planes but is better known for her charity work. She has been volunteering for various charities since she was 10-years-old, and is creator of philanthorpic website ReachandSafe.com.

Sophie Lloydhttps://culturepoppress.wordpress.com/
I’m a freelance journalist and general arty person. I love anything creative and I have a degree in Fine Art as well as a Master’s in Arts Journalism. I’m passionate about fashion, feminism and bacon, and have a morbid streak that can only be satisfied with pizza and horror films. Follow me on Twitter for more of my random ramblings.
Previous article15 Reasons We’re Buzzing For Inside Out
Next article19 Parents Who Are Parenting Better Than Everyone

0
So Adele's new album is looking to break records, just like her previous and so we thought we'd scour her lyrics from her new...
Read more

Have You Visited Any Of These 8 Extremely Creepy Tourist Attractions?

0
From grotesque museums to voodoo markets, there are all sorts of creepy tourist attractions that even the bravest of people might be reluctant to...
Read more

0
Some celebrities really will do anything for a bit of money and a career revival, but there are some who seem to have made a career out of doing reality shows.
Read more

0
There are plenty of fans who would say Ross and Rachel were the supreme couple of Friends. Sure, they kept us hooked with their 'on-again, off-again, on-again,...
Read more
© © Copyright 2015-2018 - Voolas - Made by few Internet vagabonds.
We use cookies on our website to give you the most relevant experience by remembering your preferences and repeat visits. By clicking “Accept All”, you consent to the use of ALL the cookies. However, you may visit "Cookie Settings" to provide a controlled consent.
Cookie SettingsAccept All
Manage consent