8 Actors Who Ditched The Day Job And Went Into Politics

Actors tend to lead very public lives. They enjoy entertaining people through acting in TV/films but for many, there comes a point when they want to do more than entertain people: they want to use their fame and influence to attain high-up political positions and hopefully do some good for people. Here’s a selection of actors who made the move into politics. Some of them went very far in the world of politics – one very prolific actor even became president!

Best known for playing sarcastic lawyer Miranda Hobbes in Sex and the City, Cynthia Nixon has long been an activist and is currently making a serious bid to become Governor of New York.

Schwarzenegger took many by surprise when he ended up becoming Governor of California from 2003 to 2011. While he started off well, by the end of his tenure he had quite a low approval rating of just 23%. Since leaving politics, he’s since returned to acting and has undertaken various film/TV projects.

Some might not know that before becoming 40th President of the United States from 1981-89, Ronald Reagan was an actor. He appeared in over 60 films and numerous TV shows before making the move into politics; he was also President of the Screen Actors Guild.

One half of the famous Sonny and Cher duo, Sonny Bono started serving in the United States House of Representatives for California in 1995. However, his venture into politics was short-lived, as he died three years later.

Melissa was a child actress and is best known for her 10-year stint on Little House on the Prairie, as well as a number of films and other TV shows she’s appeared in. She made the move into politics in 2012 when she announced a run as a Democrat in the 2016 United States House of Representatives elections. However, she ended up dropping out due to ongoing complications from an injury sustained several years earlier. 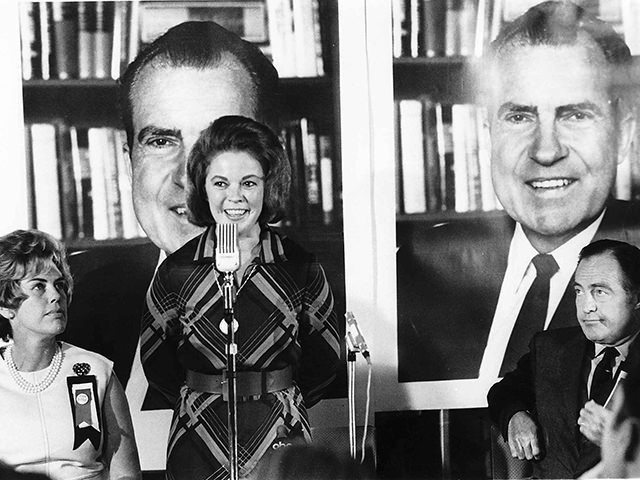 via DailysignalThe late Shirley Temple is best remembered today for being a child star. She started her film career at the tender age of three and retired from filmmaking at 22, making the move into politics. She represented the US and the United Nations in 1969, became the ambassador to Ghana from 1974-76 and was the ambassador to Czechoslovakia from 1989-92, among other roles.

A hugely recognisable name with a string of hit films to his name, Clint Eastwood formally entered politics in 1986 when he became mayor of Carmel-by-the-Sea in California. His tenure lasted for two years. Some years later, he became part of the California State Park and Recreation Commission.

Stacey is best known for playing Dionne in the cult classic Clueless. She voted for Obama in 2008, yet has since switched sides and voted for the Republican nominee. She proposed running in the 2018 Congressional Election as a Republican, though later pulled out.

James Gibson
I'm a Classics graduate and have been writing for over three years. Hopefully going to go into novel writing some day. I'm mostly interested in theme parks and roller coasters - I've been on 300 coasters and plan on going on lots more!
Previous article9 Most Unconventional Wedding Dresses You’ll Ever See
Next articleIs It Right For A Singer’s Music To Be Released After They’ve Died?

0
There’s no escaping Frozen. No matter how hard you try, you can’t get away from it - the pop culture phenomenon just won’t seem...
Read more
Celebrity

Photos of Top Supermodels Not Looking Their Best

0
Supermodels are presented to the public as being glamorous, trendy, fashionable and very good looking. But just like you and me, they have their...
Read more
Celebrity

13 of the Worst Celebrity Waxworks That Are Actually Terrifying – #5 Will Stop Your Breathe!

14 Stars Who Look So Much Like Muppets It’s Freaky!

0
We all love celebrities and we all love The Muppets, but what we all love most is a celebrity who looks just like a Muppet!
Read more

0
We often take technology around us for granted, whether it's riding an escalator instead of taking the old-fashioned steps, ordering items of tablets and...
Read more

Big Coffee Chain Tricks Of The Trade You Need To Know

The Elite Are Being Injected With Sheep Foetuses, But Why?

0
The rich and famous are always looking for the next crazy thing to spend their millions on, because after a while champagne and caviare can get pretty dull!
Read more

0
Who doesn't love pandas? They're the gentle giants of the animal kingdom and they make for the most charming gifts. With Christmas coming up, take...
Read more

0
Storage hacks are great if you want everywhere to look tidier, neater, need extra space or just want to be a little more organised....
Read more
© © Copyright 2015-2018 - Voolas - Made by few Internet vagabonds.
We use cookies on our website to give you the most relevant experience by remembering your preferences and repeat visits. By clicking “Accept All”, you consent to the use of ALL the cookies. However, you may visit "Cookie Settings" to provide a controlled consent.
Cookie SettingsAccept All
Manage consent