From Movies to Real Life, 19 Times Daniel Radcliffe Was Perfect

He played our favourite childhood hero Harry Potter, but that’s not the only time Daniel Radcliffe was perfect. This adorable British actor is constantly making us smile with his cute and funny antics.

Indeed, here are 19 of our favourite Daniel Radcliffe moments:

2. When Daniel Radcliffe was both punk and a tea lover

Because when you’re looking for your perfect man, you want the right mix of rebel and tea appreciation

3. When he went to Comic Con disguised at Spider-man

A cosplayer in a generic Spider-man costume usually gets no attention at Comic Con. Well played Daniel Radcliffe, well played.

4. When Rupert Grint was a great play fighter and…

Daniel Radcliffe was like “I’m the good Harry Potter not Rocky!”

5. When we found out that he likes cartoons as much as us

We love Fairly Odd Parents too!

6. When he returned the crowd love

But was open about his relationship status.

7. When he performed karaoke with his girlfriend

9. When he got stuck in a bra during filming

It’s okay, Daniel. Being a girl is hard.

10. When he tried out some really bad chat-up lines

And because it was so bad, it was actually perfect.

11. When he declared himself a feminist

12. When he acted out pincers

And looked adorable doing it.

13. When he explained his own viral meme 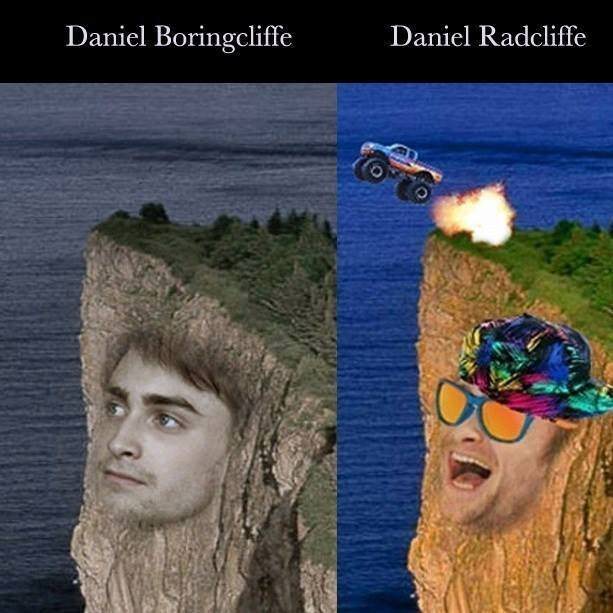 And thanked the person who made it.

14. When he tried to convince us that his dog ate his homework

And we still don’t really believe him.

15. When he called-out Elijah Wood for a fight

This would be a very, very polite fight and we’d love to see it.

16. When he told Mary Berry what his hair was made of

And she looked a little disgusted. Yet she couldn’t stop touching it.

17. When he put Kanye West in Slytherin

Well he had to, didn’t he? Kanye isn’t no Griffindor.

18. When he blackmailed Tom Felton 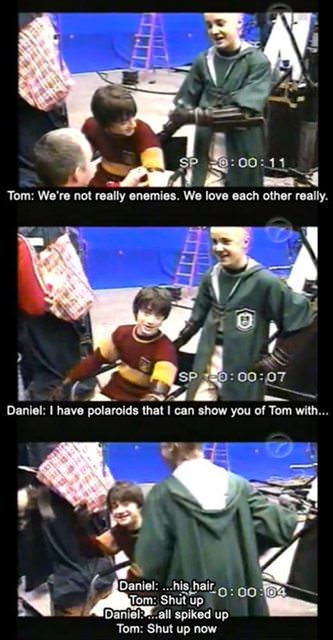 Even as a blackmailer, little Daniel Radcliffe is adorable. We wonder if he still has those Polaroids.

19. When we saw that picture of Daniel Radcliffe with lots of dogs and didn’t realise it was for a film

We just thought that Daniel was being his quirky, perfect self.

Steph Cosway
Journalism graduate and 100% geek. I have worked in writing for the last 7 years as well as dabbling in a science laboratory. So if I ever stop writing, it's because I've been in a lab experiment and turned into a super villain. I'm particularly interested in video games, comics and Harry Potter. Oh and I have lots and lots of cats.
Previous article15 Things That ’90s Kids Will Swear They Remember
Next article15 Dad Jokes That Went Too Far – Can’t Believe Some Dads Went As Far as No. 15

0
Neon signs have the important job of sending out business messages and attracting customers. When a light or two burns out and the message is...
Read more
Celebrity

9 Most Controversial Music Videos Ever Released

0
Controversy sells, which is why many artists aren't afraid to make shocking, attention-seeking music videos. Even if they get slated, criticised or even banned,...
Read more

0
Colourblind casting is the practice of disregarding an actor or actress' skin colour, ethnicity, body size or even gender during the casting...
Read more

40+ Funny Anime Memes Of This Year

0
We have heard terms such as Manga challenge, Manga challenge memes and tons of other anime memes that keep providing people with fun and...
Read more
© © Copyright 2015-2018 - Voolas - Made by few Internet vagabonds.
We use cookies on our website to give you the most relevant experience by remembering your preferences and repeat visits. By clicking “Accept All”, you consent to the use of ALL the cookies. However, you may visit "Cookie Settings" to provide a controlled consent.
Cookie SettingsAccept All
Manage consent