Batman is Gotham’s protector. Which is pretty much a full-time for the caped crusader with all the villains that are continuously trying to destroy the city. They rob banks, they murder and they release fear toxins across the city. With all those villains it’s hard to choose a favourite but here are our top 10:

Thomas Elliot may not be the best known villain, but he’s still one nasty man. A once childhood friend of Bruce Wayne, Elliot attempted to murder his parents at a young age in order to gain their fortune. He grew up to be a skilled surgeon – so skilled that he become the Identity Thief, a serial killer who could take on other people’s identities.

Gotham’s resident pyromaniac, Garfield Lynns began his life as a petty thief and arsonist. He became heavily scarred after he set fire to a chemical factory and the flames went out of control. He was reborn as Firefly, a super-villain encased in a flame resistant suit with some nasty fire-based weapons. He now works as a mercenary for hire.

Unlike some villains, Dr Hugo Strange is also a criminal genius. So clever that he has discovered Batman’s secret identity on numerous occasions and used it against the Dark Knight. When he’s not antagonising Batman he’s experimenting – experiments which have created some monstrous things.

A scientist who can concoct mind altering substances which he uses to control his victims. Tetch is obsessed with Alice in Wonderland and believes himself to be the Mad Hatter from the story.

Victor Zsasz is an incredibly creepy serial killer. With every kill he adds another mark to his body. Not someone who you want to meet in a dark Gotham alley.

Full-time assassin and part-time love interest of Batman, Talia al Ghul is a force to be reckoned with. She’s a fully fledged member of the League of Assassins as well as daughter of Ra’s al Ghul.

Born with a birth defect that causes his appearance to become more crocodile-like as he grows older, Waylon Jones is a very dangerous individual. He might not be the smartest, but Killer Croc makes up for it in sheer brutality.

Deadshot is a deadly assassin who’ll kill anyone for the right money. An exceptional marksman, he is infamous for his ability to achieve shots that no ordinary person could.

Dubbing himself the “gentleman of crime”, Penguin is one of Gotham’s mobster leaders. Highly dangerous, he has no qualms about putting a bullet through his victims. More often he’ll just set his thugs on you. 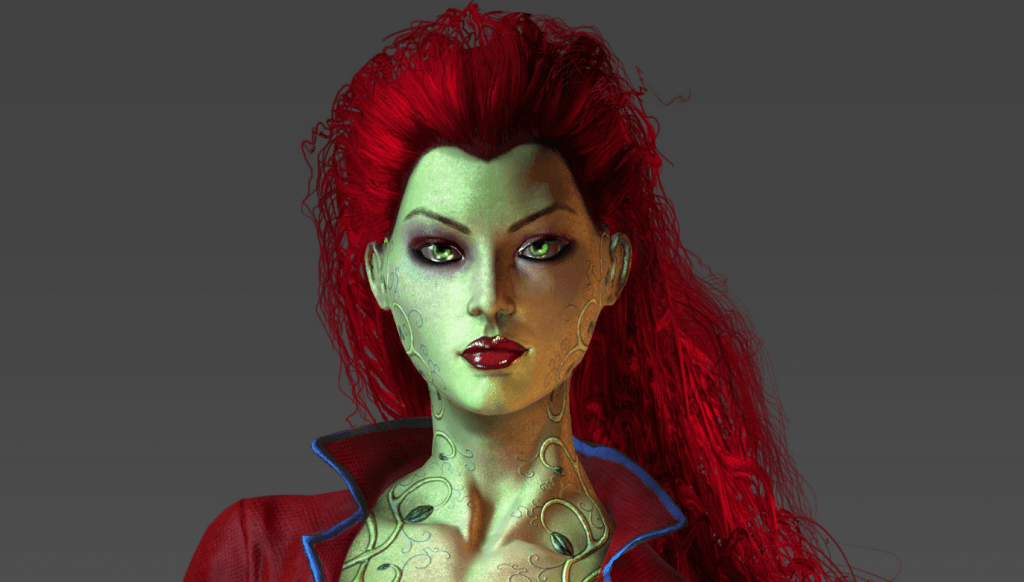 Obsessed with plant welfare, Posion Ivy is an eco-terrorist who will stop at nothing to protect her plants. Able to excrete poison from the plant toxins in her veins, create love potions that flumax Batman and even make plants grow at an alarming rate – she’s not a villain you want to cross.

Catwoman is a thief who specialices into taking high value items (particularly jewels) from museums. Not a killer like many of the other supervillains in Gotham, she often turns ally to Batman. This has led the pair to having a rather complicated on/off love affair. Her quick wit and moral code has led Catwoman to being a fan favourite.

Once Gotham’s leading district attorney, Dent was scarred for life when acid was thrown on his face. The scars split his face down the middle, and consequently his personality. Torn between Dent and Two-face, this supervillain performs crimes on chance by flipping a coin. This can be anything from robbery to murder making Two-Face very unpredictable.

Dr Harleen Quinzel was working as a psychologist in Arkham Asylum when she was assigned The Joker as a patient. He turned her into the supervillain Harley Quinn. Believing herself to be in love with The Joker she will do anything he asks – making her very dangerous.

Known as the “man who broke the bat” Bane gained super strength after being experimented on with a chemical similar to Venom. He used this strength to break Batman’s back forcing Bruce Wayne into temporary retirement.

He may have only debuted in the latest Batman video game, but the Arkham Knight has left quite the impression. He knows all of Batman’s tricks, is incredibly skilled and determined to kill the caped crusader.

Practically immortal, Ra’s al Ghul is the leader of the League of Assassins. Ra’s wants to save the world, unfortunately he believes that the only way to save the world is to kills most of its population.

Dr Jonathan Crane is a dangerous psychologist who is obsessed with fear. His research led him to create fear toxins that he uses to terrify his victims and use their fear against them. More often than not, he’s trying to experiment on the residents of Gotham.

A deadly assassin, Deathstroke is both a master of swords and guns making him lethal. A trained soldier, he was put through an experimental super-soldier project that gave him super strength and intelligence. Now a gun for hire, Deathstroke will kill anyone for the right price – including Batman.

2. The Riddler aka Edward Nigma

The great thing about The Riddler is that he warns Batman about what crimes he plans to commit by sending riddles. Thinking himself smarter than anyone, he doesn’t believe Batman or police will break his riddles. But as Batman has stopped more and more of his plans The Riddler has become darker and more dangerous.

There could be no other number 1. The Joker is by-far the greatest villain to face Batman. He’s killed Jason Todd, put Barbara Gordon in a wheelchair and continuously puts Gotham in danger with his schemes. His sadistic humour makes him Gotham’s most formiddle psychopath and his obsession with Batman makes him the Dark Knight’s greatest opponent.

Steph Cosway
Journalism graduate and 100% geek. I have worked in writing for the last 7 years as well as dabbling in a science laboratory. So if I ever stop writing, it's because I've been in a lab experiment and turned into a super villain. I'm particularly interested in video games, comics and Harry Potter. Oh and I have lots and lots of cats.
Previous articleWhy Is Autumn The Best Season?
Next article15 Things Only 90s Kids Will Remember

14 Great Scenes You Never Thought Were on Google Street View

Forget Your Smartphone, This Jacket Is the Greatest Gadget You Can Buy

The Boom Of Internet And Its Benefits