In the weird world of Hollywood, celebs seem to go through relationships quicker than the rest of us change our pants. Some of these relationships, like Britney and Justin or Ben and J-Lo, are memorable, others, not so much. Here are seven old school celebrity couples that you probably forget ever happened. Oh the nostalgia!

Jared Leto and Cameron Diaz may seem like a controversial pairing, but they were pretty serious and dated between 1999 and 2003. Conflicting schedules caused them to part ways, with Cameron’s movie career taking off and Jared wanting more time to focus on his band ’30 Seconds To Mars’.

You can find out more about their relationship in the video below.

Before Katie Holmes, Tom Cruise attempted to wife ‘Modern Family’ actress Sofia Vergara. After catching his then pregnant wife Nicole Kidman completely off guard with divorce papers in 2001 (she would later suffer a miscarriage), Cruise wasted no time on the hunt for a new lady.

He and Vergara were set up by mutual pal Will Smith, and at first she also seemed keen. However, it quickly became apparent that Cruise expected Vergara to renounce the Catholic Faith and convert to Scientologoy in exchange for becoming the new Mrs Cruise, which she refused to do (you go girl!) Cruise didn’t waste any time moving on to his conquest, which included chasing actress Erika Christensen, Erica Howard and Sofia Milos before ending up with Katie Holmes.

These two may seem like an odd pairing, especially when you consider the fact that Ryan Reynolds is now married to Blake Lively. But he and Alanis were pretty serious for a long time.

This relationship was Ryan’s first big romance in the spotlight. He met the fellow Canadian and alternative rocker at Drew Barrymore’s birthday party in 2002, and they got engaged two years later.

However, they never made it down the aisle, and split in 2007. Alanis Morrisette’s 2008 album ‘Flavours of Entanglement’ features many songs about the break down of her relationship with Reynolds, but she is now happily married to rapper Mario ‘Soul Eye’ Treadway.

Before Queen Bey, another woman wore the crown for Jay-Z. He and Rosario Dawson dated from 1997 until 2000, and their were rumours that the pair were set to become parents but Dawson miscarried shortly before their split. People assumed that the second verse in Jay-Z’s song ‘Lost Ones’ was about her, but he has since gone on record to say it was actually about Beyonce.

Former ‘Lizzie Mcguire’ star has had to deal with having a love life in the spotlight since the tender age of 13! In that time, the now 27-year-old dated singer Aaron Carter, rock star Joel Madden and NHL player Mike Comrie. However, the cutest pairing was definitely with fellow teen actor Frankie Muniz, AKA Malcolm from ‘Malcolm in the Middle’.

The adorable duo met on the set of ‘Agent Cody Banks’ in 2003 and dated for almost a year. No one is quite sure why they split, but you can watch a young Duff and Muniz talking about the film that brought them together. Awh!

Another pairing that may seem a bit strange, but Jack White and Renee Zellwegger dated for two years. They met on the set of ‘Cold Mountain’ in 2003 and had what was described as a very “turbulent” relationship.

Distance was said to be a large factor in their troubles, with White wanting Zellwegger to move from her home in Texas to be closer to him in Detroit. His angermanagement issues were also said to play a part in the split.

These pair dated during their Disney Channel days, when Miley was still starring on ‘Hannah Montana’ and Nick Jonas was still a part of the ‘Jonas Brothers’ band. 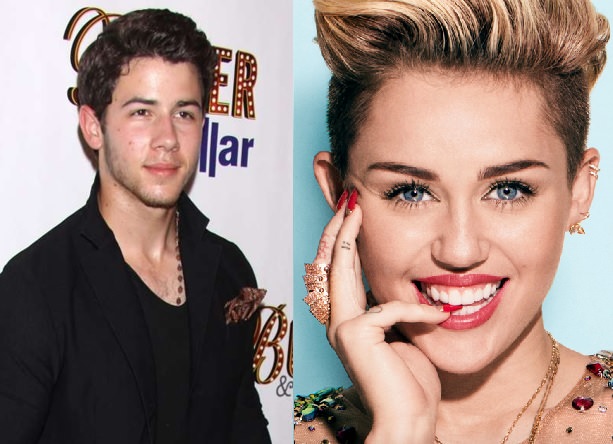 Their relationship came to a halt in 2007, but Jonas discussed their time together in the May 2015 issue of Elle: “I was so young. What’s unfortunate is that, as we got older, we ran in different circles,” he dishes. “We’ve always had respect and wished the best for each other. I don’t know that I have any regrets. It’s more gratitude for having had a good friend in a time of craziness in my life and in hers.”

Like Miley, Nick has completely reinvented himself in recent years, abandoning his former squeaky clean Disney Channel persona, and it’s fair to say the pair look very different now from when they were dating! They recently reunited at the Grammy’s, where they both presenting. Bet they had a lot to catch up on!

Sophie Lloydhttps://culturepoppress.wordpress.com/
I’m a freelance journalist and general arty person. I love anything creative and I have a degree in Fine Art as well as a Master’s in Arts Journalism. I’m passionate about fashion, feminism and bacon, and have a morbid streak that can only be satisfied with pizza and horror films. Follow me on Twitter for more of my random ramblings.
Previous article15 World’s Scariest Serial Killers
Next article22 Things Only Night Owls Know

This Could Change Paparazzi And Celebrity Culture Forever

This Video This Man Captured Whilst Surfing Will Have You Shaking In Your Boots!