So COD: Black Ops 3 has been one of the best-received CODs in years and those that disliked Advanced Warfare appear to be a fan of this edition of Call of Duty. It’s currently ranked as the number one played game on Xbox One despite the likes of Battlefront and other games coming out after.

Riding on this success, Activision are looking to keep the ball rolling by keeping the game exciting with free new updates and features for all players. We are going to go through some of the new features right now, along with some of the hotfixes and changes to the actual gameplay.

One thing that was always a little odd about Blops 3 was the fact that there was only one secondary weapon in the combat knife. However, with this 1.04 update, new secondary weapons have been brought into the fray for players to unlock through the Supply Drops system.

The three new secondary weapons in question are in fact a butterfly knife, a wrench and brass knuckles. Obviously, they all have the same purpose as the original combat knife. They are all intended for close up combat and likely only for the more skilled players.

The Black Market is the little store in which you can pick up Supply Drops via the Cryptokeys currency which you earn whilst levelling up. You can then unlock Supply Drops which give you random little gifts such as camos for your weapons or taunts for your heroes or such.

In the update, you can now instantly open another Supply Drop of the same level rather than backing out and opening the same one as before. On top of this, there are now COD Points which is currency, that can only be bought with real money. This is for those who want to be able to quickly purchase plenty of Supply Drops. We assume this is to appeal to the eSports market who love to see boxes being opened live.

One of the bigger pieces of news to come out of this patch is the fact that once you hit Prestige Master (Prestige 10, Level 55) you can now level up further, all the way to 1000. How many experience points you will need for each level is unknown, however, we think it will likely be the same amount of XP from level 55-56 and then the same through all the levels. If not, the scaling would get to a point where you’re needing to earn millions of experience for each level.

Now for the less feature-rich content and more for those who are interested in what changes have been made to their favourite weapons. To even out the guns, there have been a few nerfs and a few buffs to most of the weapons. Check out the list below, ordered by class. 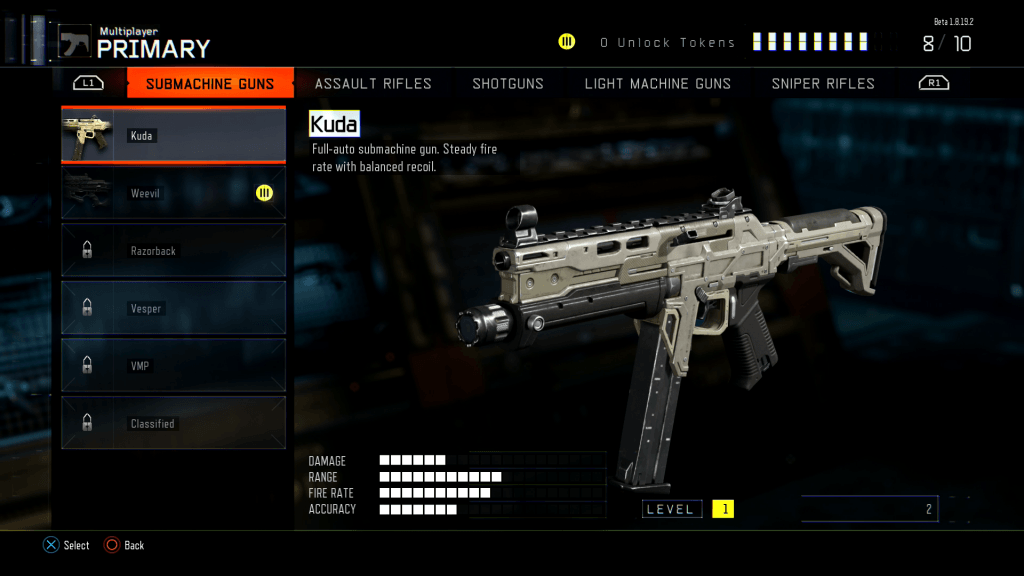 There are plenty more changes and hotfix updates which you can easily find by doing an extra Google. However, we’ve covered the most important details here and we hope you enjoyed reading and finding out all the new changes to Call of Duty: Black Ops 3. Let us know what your favourite update is.

0
The Exorcist is one of the most famous horror films in history. Released in 1973, it went on to become one the most critically and...
Read more
Geeky

0
With over 317 million active users and around 500 million tweets sent every day, Twitter is one of the most popular social media networks...
Read more
Entertainment

0
So Free-To-Play is the way to go at the moment, it seems, for a lot of big games these days. With this method, the...
Read more

Dad Tweets Hilarious Conversations With His 4 Daughters – #5 Will Make You Die Laughing!

0
Dad tweets his funny and cute conversations and you would wish you kept reading them again and again!
Read more

The Top 10 Grossing Films of All Time

0
Movies these days get a heck of a lot money from people going to see them at the cinema. Some say cinema may be...
Read more

J Lo and James Corden Pull Of The Ultimate Prank To Leo DiCaprio!

0
James Corden has created a name for himself in the USA, after his early day career on Gavin and Stacy he has climbed to...
Read more

0
You will be shocked that these laws still exist! Don’t die in Parliament! Apparently it is illegal to die in the Houses of Parliament. This...
Read more

Reporter Doesn’t Know What Lies Ahead As He Saves Drowning Driver In This Dramatic Video!

0
If you have lost your trust in humanity, watch this video in how a reporter is saving a drowning man, he doesn't know what lies ahead!
Read more
© © Copyright 2015-2018 - Voolas - Made by few Internet vagabonds.
We use cookies on our website to give you the most relevant experience by remembering your preferences and repeat visits. By clicking “Accept All”, you consent to the use of ALL the cookies. However, you may visit "Cookie Settings" to provide a controlled consent.
Cookie SettingsAccept All
Manage consent