Check Out The New iPhones, iPad Pro and Apple TV!

Yesterday, Apple held their annual September event which usually sees plenty of fun new announcements for many Apple fans to enjoy. This event is usually based on mobile platforming and less the computer-side of Apple. Therefore, these announcements are more for iPhone, iPad and Apple Watch users. There are two whole new products and the biggest ’S’ update we’ve ever seen in an iPhone. Anyway, here are the 10 best announcements from Apple’s event yesterday.

1. There Are New iPhones

3D Touch is apparently Apple’s improvement on multi-touch. It will essentially allow you to push down on the screen and interact with your new iPhone in new and brilliant ways.

3. The new iPhones have AMAZING Cameras 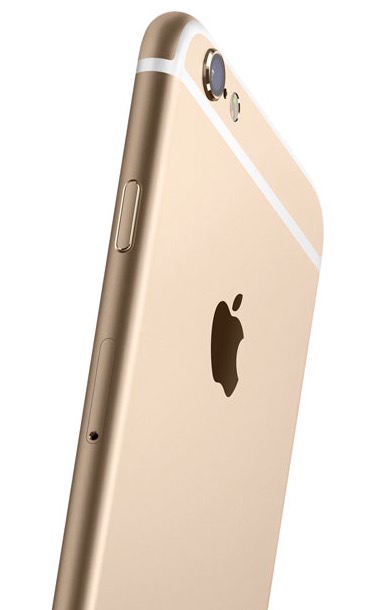 The new iPhones comes with far improved 12-megapixel cameras that can now record in 4k too. The shots that Apple showed at the event look simply stunning and push the iPhone further ahead as the leading smartphone camera

Well technically, Apple are calling it Rose Gold, but there is definitely now a pink iPhone 6s for people to buy. Like girls needed more reason to buy iPhones other than that they’re a fashion accessory.

Something that’s been leaked for a while now is the addition of the iPad Pro to Apple’s lineup. This new device has a bigger screen, a detachable external keyboard and a stylus called the Apple Pencil. This Surface Pro 3 with an Apple badge.

6. The Apple Watch Now Has More Strap Types and Colours

This one is fairly simple. There was no new Apple Watch 2 or anything but Apple have added more colours to their lineup for more customisation for people.

Something that’s also been rumoured for months is a brand new Apple TV from Apple and it came true. It’s got a whole new layout and uses Siri a lot along with a touchpad on a controller.

8. The New Apple TV Will Feature Some Great Games

The new Apple TV won’t be just for basic TV shows and films via the use of apps. However, there’s going to be many games coming to the Apple TV which will be group-based and family-friendly.

9. You’ll be able to Play Games On Your Phone and Pick Them Up On Your TV

Yes, if you play a game on your iPhone or iPad and then get home and want to enjoy the game on a large screen then, with the use of iCloud and iOS Synchronisation, you can easily pick up where you left off on the brand new Apple TV

And finally, iOS9 and WatchOS2 will finally be coming to everybody on September 16th for your iPads, iPhones and obviously Apple Watches. Additionally, on September 30th Mac OSX El Capitan will be available for your Macs.

0
The Exorcist is one of the most famous horror films in history. Released in 1973, it went on to become one the most critically and...
Read more
News

0
If you haven't got a head for heights, you might want to look away now. We've collected 8 photos of people illegally climbing very...
Read more
Geeky

0
With over 317 million active users and around 500 million tweets sent every day, Twitter is one of the most popular social media networks...
Read more
News

0
We live in a world where free speech is repeatedly under threat. Free speech is, quite simply, the right to express your thoughts, opinions,...
Read more

0
We've all been there. You say to your mates "I'll come along for ONE drink" and you end up waking up the next day...
Read more

16 Gifts for Pizza Lovers That You Need Right Now

0
If you don't like pizza then you must be pretty weird. Sorry, but it's true. Pizza is one of the most delectable dishes available...
Read more

0
You don't want to miss these awesome Netflix shows or you will regret that later.
Read more

How To Build DIY Geodesic Dome Houses – Pro Explains Steps To Get One?

0
Forget making the same old boring resolutions that you'll break within a few weeks! We have 16 things that you'll definitely want to promise yourself in 2016!
Read more
© © Copyright 2015-2018 - Voolas - Made by few Internet vagabonds.
We use cookies on our website to give you the most relevant experience by remembering your preferences and repeat visits. By clicking “Accept All”, you consent to the use of ALL the cookies. However, you may visit "Cookie Settings" to provide a controlled consent.
Cookie SettingsAccept All
Manage consent