Whether you pick them up in an out of date school text book as a teenager, find them on the web, or hear them anecdotally, urban myths disguised as facts are everywhere. Here are ten popular ‘facts’ that nearly everyone believes to be true, but in reality are absolute codswallop. 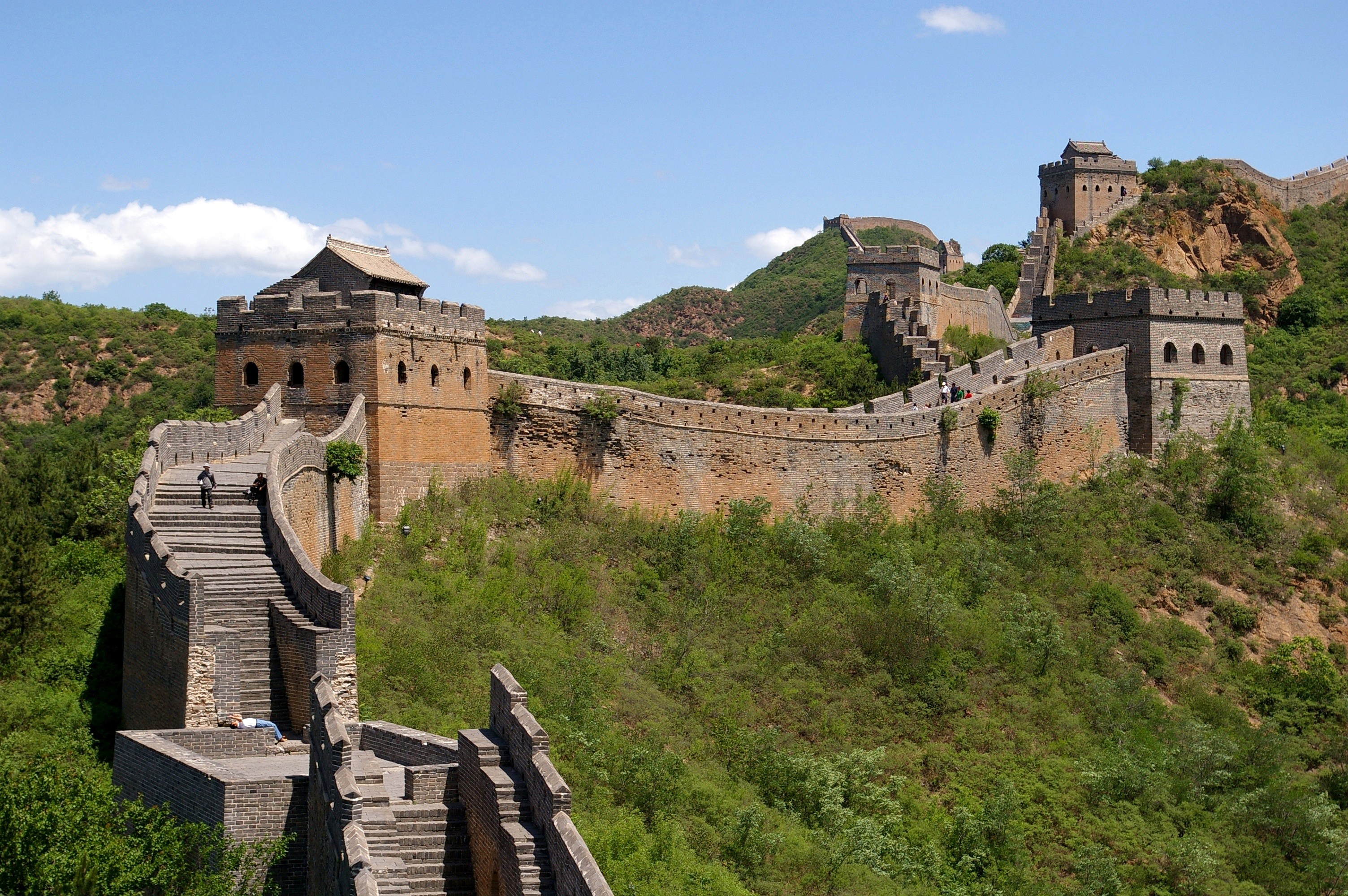 An impressive 5,500 miles long, no one is denying that The Great Wall Of China is a very big wall. However, it’s not so big that you can see it with the naked-eye from space. Why isn’t it visible? Mainly because the wall was constructed from rocks and other materials collected from the local landscape, meaning it blends into the background. Even with a very strong camera lens, astronauts in low-Earth orbit would have difficulty picking it out, although it can be seen in radar images. Objects you can see include the Great Pyramids of Giza, lonely desert roads and multiple cities at night.

It is a common belief that different parts of the tongue are fine-tuned to detect various flavours. According to the myth, the tip of the tongue is where the sweet tastebuds are, the sides are where you taste salt, the back is bitter and the middle section is the sour zone. However, this is completely false. People can taste everything all over their tongues.

Nobody knows why the idea of tear-shaped raindrops is a pop culture staple, but they actually start off spherical. When raindrops are still a part of the cloud, just little  water droplets on dust and smoke particles, they are round. However, as they fall they lose their rounded shape, becoming like little hamburger buns with a flattened bottom and curved top. This is due to the speed of falling through the atmosphere.

Bulls Are Angered By The Colour Red

Although matadors have been using red capes – also known as muletas – for over three hundred years, the colour actually does not make bulls angry. Bulls are actually colourblind and don’t care what colour the cape is, they charge at whatever is moving around the most. Bullfighters originally preferred the colour red because it best masked blood, after all – bullfighting is a gory sport.

Those using penguins as proof that monogamy exists in the animal kingdom will have to find a new species to bank on, as penguins actually have multiple mates in a lifetime. However, they are still classier than most animals, choosing to stick with one mate per season.

Although every child heard this from their mother, grandmother etc at one time or another during their childhood, this is just an old wives tale. Numerous studies have addressed the topic, and those who wander outside with wet hair in the winter are no more likely to get a cold than those who go out with dry heads. Being cold can make your nose run, but it won’t actually make you anymore or less susceptible to viruses.

The Journal Of American Medical Association did a total of 23 studies on children and sugar consumption. The result? Sugar doesn’t affect behaviour. Apparently, research shows that this belief is so ingrained into our consciousness that it creates a placebo effect. In one study, mothers were told their sons had consumed sugary drinks, when in fact they hadn’t drunk any sugar whatsoever. However, the mother’s still reported significantly higher levels of hyperactive behaviour because that’s what they expected.

It is true that dogs do mature faster than humans. While it takes a human being 21 years to reach maturity, it only takes a dog two to become fully grown. After that point, the rate of aging for a dog slows down, and they age every four years for every human one.

Chameleons Change Colour To Blend Into Their Surroundings

it varies depending on the species of chameleon, but generally they blend into their backgrounds pretty well to begin with. The real reason they have that unique polychromatic flare is to communicate with other chameleons, whether it’s picking a fight or if they want a little romance.

Your blood is always red. De-oxygenated blood is just a darker shade. This myth comes from the fact that veins appear blue under the skin. Blood in veins is heading back to the lungs, hence de-oxygenated. However, veins look blue under the skin because subcutaneous fat absorbs low frequencies in light, leaving only the blue to pass through your skin.

In modern times, this statement is often used as a turn of phrase rather than as a fact. However, some people still believe that lightning never strikes the same place twice. There is no scientific reason why this isn’t possible, and it frequently does hit the same area more than once. The Empire State Building in New York City, the CN Tower in Toronto, and the Eiffel Tower in Paris are common conductors, and are believed to be stuck by lightning 50-100 times a year.

Which fact did you think was true until now?

Sophie Lloydhttps://culturepoppress.wordpress.com/
I’m a freelance journalist and general arty person. I love anything creative and I have a degree in Fine Art as well as a Master’s in Arts Journalism. I’m passionate about fashion, feminism and bacon, and have a morbid streak that can only be satisfied with pizza and horror films. Follow me on Twitter for more of my random ramblings.
Previous article12 David Bowie Lyrics to Live By – We All Have a Favourite, But Which Is Yours?
Next articleMark Zuckerberg’s Comment Against Sexism May Leave You in Awe for The Man

Why The Doctor Should Never Be Played By A Woman

12 Amazing Slow Motion Videos That Will Make Your Jaw Drop!

14 Craziest Things You Will Probably Only Ever See In Russia

What Are The Critics Saying About Star Wars: The Force Awakens?

12 Struggles of People That Hate The Sound Of Eating – Don’t You Hate #7?