Can you believe it’s been nearly 20 years since the first episode of Sabrina the Teenage Witch hit our screens? Yes, that’s right! Two decades have passed since 16-year-old Sabrina first received her magic spellbook and set out to earn her witch’s license. We followed her adventures from 1996 all the way up until 2003 when we finally got to see her choose between her new love Aaron and her old flame Harvey. This has caused us all to wonder what the cast are up to these days, twenty years later…

The years have been kind to Melissa, who’s acting career is still blooming at 39 years of age! She is now married to musician Mark Wilkerson and they have three sons together; Brady, Mason and Tucker. She starred in the ABC Family sitcom Melissa and Joey for five years until it’s finale in 2015.

Caroline may have gained fame on Sabrina, but she originally started out as a stand-up comedian. When the series ended, she scored a variety of career opportunities including a daytime talk show and a recurring role in The Suite Life of Zack & Cody.

After Sabrina, Beth made many guest appearances on various shows including CSI: Miama, Supernatural and Bionic Woman. She also starred in 5 episodes of Lost as Diane Janssen, and made a cameo on Melissa & Joey with her former co-star! 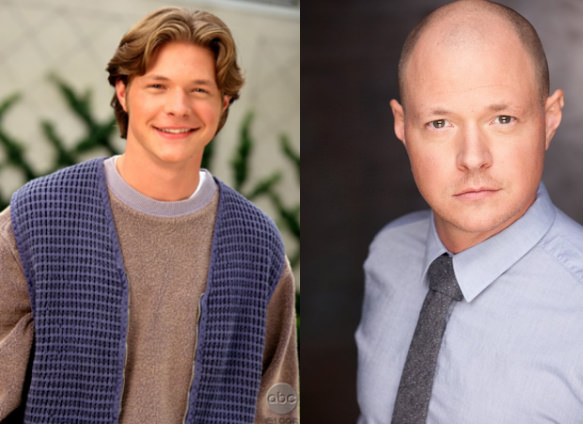 Nathaniel “Nate” kept a pretty low profile after Sabrina the Teenage Witch, and from the picture we can see he’s changed quite a bit! He is now 37 years old, living in Los Angeles and enjoys singing and making music.

After Libby, Jenna made a name for herself in Broadway and performed as Nessarose in the musical Wicked in 2005. More recently, she acted in American drama film I Am Michael with James Franco and Emma Roberts.

Lindsay’s acting career. became pretty busy after Sabrina came to an end – notable movies include She’s Out of My League and Horrible Bosses. She also gave birth to a daughter in 2012 named Maxwell Lue.

Martin may be 72 years old but his career is still going strong! He has since had many TV and film roles including Russell the pharmacist on Two and a Half Men. When he’s not acting, he loves to paint and even published a book showcasing his artwork!

After lending his voice to the lovable and sarcastic black cat, Bakay went on to produce and star in Fox’s sitcom ‘Til Death as well as make several guest appearances on shows such as The King of Queens.

15 Facts About Mary Berry That You Didn’t Know

Everything We Know So Far About The New AR Game Jurassic World: Alive

Overpopulation: The Simple Solutions to Control It