10 Most Portrayed Characters in TV & Film

Sometimes a character is so complex, so fascinating, that they simply have to be portrayed more than once. Different directors and scriptwriters will all have a different vision about the way a character should be. Whether they’re good, bad, extroverted, introverted, one-dimensional, or have many layers – there are so many roads you can take!

Back in 2013, Erik Lindegaard discovered the most filmed characters ever by collecting data from IMDb. Here are the results:

Shakespeare’s Hamlet has now been represented on the screen over 198 times with the most famous portrayal being from Kenneth Branagh in Hamlet 1996. Branagh managed to capture the essence of the indecisive prince by depicting a range of emotions before his inevitable descent into madness.

Ethan Hawke took a different route in Hamlet 2000, playing a modern-day version of the character who communicates with the ghost of his father via closed-circuit TV in a New York City apartment.

To this date, the character of Sherlock Holmes has been represented 254 times on screen. His popularity is thanks to author Sir Arthur Conan Doyle – he wrote Sherlock as a complex and relatable detective who embodied the arrogance and eccentricity of a British man. Benedict Cumberbatch has been portraying the pipe-smoking character since 2010 with TV series Sherlock, which has been met with praise from both Brits and Americans alike.

Sherlock Holmes was recently awarded a Guinness World Record for being the most portrayed literary human character in TV and film.

Lincoln has been represented in TV and film over 263 times, due to the fact his history is, without a doubt, the most fascinating of all the Presidents of the United States. From his leadership during the Civil War, to his wretched assassination, many actors have attempted to tell the story as best as they possibly can. Daniel Day Lewis gives one of the most heart-rendering and accurate performances in the film Lincoln, which won him an Academy Award in 2012. 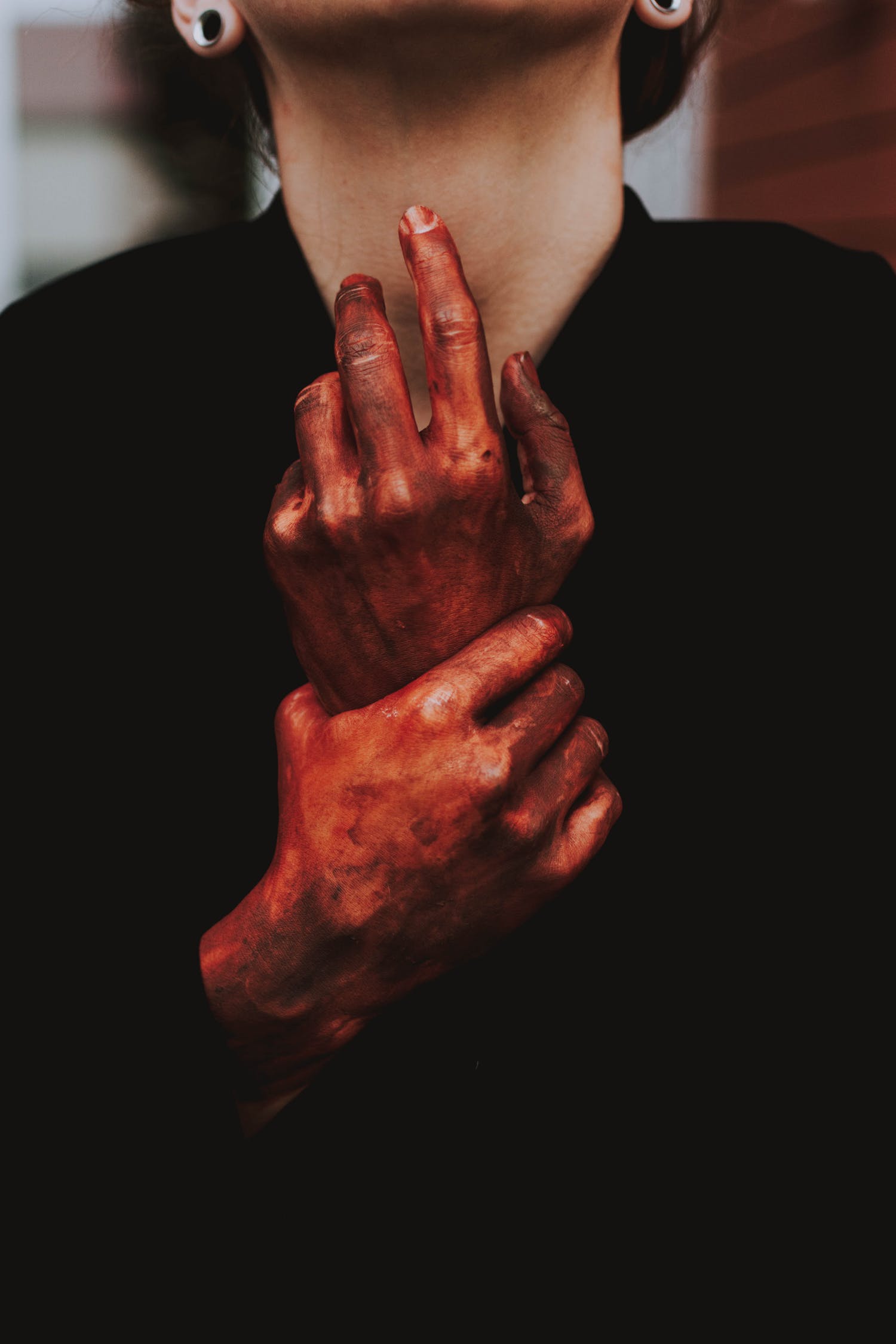 The legend of Count Dracula has intrigued mankind since Bram Stoker’s 1897 Gothic horror novel. The archetypal vampire has been played over 274 times and that doesn’t even include the amount of vampire-themed movies and TV shows that exist in the world. Stand-out performances include Bela Lugosi in Dracula (1931), Max Schreck in Nosferatu (1922), and Rudolf Martin in Buffy the Vampire Slayer.

Widely regarded as the most evil human being ever to exist, Hitler always manages to attract an audience. There have been plenty of uncanny performances, but the one we really need to mention is Bruno Ganz’s portrayal in the 2004 film Downfall. He managed to perfect both the authority that Hitler projected on his fellow Nazis with such a fearless passion.

There have also been plenty of spoofs on the dictator too, such as in the Family Guy episode “8 Simple Rules for Buying My Teenage Daughter” when Adolph and his wife Eva were teasing each other about who will commit suicide first.

Napoleon I, Emperor of the French, has been depicted in TV and movies over 337 times to this date. He is regarded as a political hero for his determination and tact during Waterloo, and actor Rod Steiger managed to portray this exceptionally well in the 1970 movie Waterloo. The emperor has also appeared as a parody in comedies including Bill & Ted’s Excellent Adventure and Night at the Museum: Battle of the Smithsonian.

Physical representations of God have been appearing on screen for many, many years. Since no one really knows what he looks like, there have been a lot of interesting characterizations. There are around 350 films and TV shows that have gave us a glimpse into what the Lord might actually look and sound like. One of these, of course, is Bruce Almighty in 2003, who personated God as the velvet-voiced Morgan Freeman. And how could we forget The Simpsons version of God, who is always reaching down from his cloud to help his bed buddy Ned Flanders!

Jesus Christ beats his father by only a slight margin, having appeared in TV and film around 380 times. Whether we believe in him or not, no one can deny his story isn’t one of the most powerful and heartbreaking throughout history. Many of his portrayals have garnered a lot of controversy, especially within the Christian community. In The Last Temptation of Christ (1988), there was an uproar about the fact that the film alluded Jesus would have had sexual relations if he had not been crucified. Then there was Mel Gibson’s The Passion of Christ (2004), which many deemed to be biblically inaccurate.

Can you believe jolly old Saint Nick  has appeared on screen over 814 times?! It just goes to show how much we all love Christmas! t’s hard to pick just one great performance because there’s just so many, but I think we must mention Tim Allen, who provided heaps of entertainment with The Santa Clause and it’s two sequels. Then there was David Huddleston’s cheerful version in The Santa Claus: The Movie. The late Richard Attenborough also did a magnificent job in the remake of Miracle on 34th Street.

Did you guess it? It was a surprise to us too! Turns out that Satan is in fact the most portrayed character of all time, having been shown on screen more than 848 times! Wow. I suppose this is mainly down to the fact that the devil is an unknown entity, so he can basicaly take a multitude of forms. There’s the typical red devil with the large horns like Tim Curry’s version in Legend (1985). Then there’s M. Night Shyamalan’s Devil (2010) who took the guise of one of five strangers trapped in an elevator.

However you prefer your devil to look, one thing’s for certain – we’re all a bunch of crazy satanists!

Katie Adcock
Previous article00’s Fashion Fads That You Were Guilty Of – Here Are 17 of the Worst
Next article12 Uplifting Facts About Aging That Will Surprise You!

0
Whether it's plot discrepancies, objects disappearing between shots, historical inaccuracies or even crew members visible on screen, there are all sorts of mistakes that...
Read more
TV/Movies

0
Maybe you're going back to University, College, Work or maybe for some reason you're cough-bound throughout the 2022, well luckily, the saviour Netflix is...
Read more
TV/Movies

0
Every Netflix subscriber has bingewatched Squid Game, a Korean show aired on Netflix in September. As soon as it was aired, it soon became...
Read more
Business

Owners of The Conjuring Home Are Suing Warner Bro… But For What?

0
You know that creepy as heck house in The Conjuring? Well, there are actually people who live there right now. However, unfortunately, there appear to be...
Read more

0
Here are 10 of the best one hit wonders- swing your pants in style to these classic tracks.
Read more

40+ Dank Memes Some Of Which Reflect Real Life Truths

0
There are all type of jokes in form of memes being shared everyday in internet. We have become so addicted to them that not...
Read more

Sshh… These 9 Celebrities Have Sneakily Tried To Avoid Paying Taxes

0
Well, I would like to say something but em, let's leave it.
Read more

0
We've all been there. When stuck in the throes of a new crush you're prone to doing all kinds of crazy things, to the...
Read more

Albums That Never Got Released And Why

0
A lot goes into making a typical studio album. You have to write it, record it, polish it off, release it, promote it and...
Read more
© © Copyright 2015-2018 - Voolas - Made by few Internet vagabonds.
We use cookies on our website to give you the most relevant experience by remembering your preferences and repeat visits. By clicking “Accept All”, you consent to the use of ALL the cookies. However, you may visit "Cookie Settings" to provide a controlled consent.
Cookie SettingsAccept All
Manage consent