Home Entertainment 19 Places You Can’t Use Your Selfie Stick – #5 Should Be...

In this day and age, you can’t escape selfies – they’re everywhere. They’ve become insanely popular over the last few years and every day millions and millions are taken and uploaded to different social media sites. Even though loads of people love selfies, not everyone loves the selfie stick, the pole with a phone holder at one end and a grip for you to hold on to at the other. For various reasons, lots of public places have actually gone ahead and banned selfie sticks altogether. Read on for 19 places you can’t use your selfie stick.

There are currently 11 Disney theme parks around the world: four in Orlando, two in California, two in Paris, two in Tokyo and one in Hong Kong. There’s also another one currently being built in Shanghai. Selfie sticks are banned in all Disney parks due to safety concerns.

The White House recently abolished a 40-year-old ban on photos and social media, but stated that selfie sticks aren’t allowed. You can now go on a tour of the White House and take as many photos as you want, just don’t take them with your selfie stick.

The world’s busiest music arena, does allow selfies, but not ones taken with a selfie stick. This is because of safety concerns and so the selfie sticks don’t ruin people’s view.

Visit the birthplace of the renowned bard and you can’t use your selfie stick. This historic building is quite cramped and has small rooms – there are fears selfie sticks could cause damage and get in the way if there are lots of people visiting at the same time.

The Colosseum is another historic attraction where you can’t use your selfie stick for fear of the structure getting damaged, believe it or not.

One of the most famous landmarks in France, the Palace of Versailles doesn’t welcome selfie sticks as it wants to protect both its visitors and its many artworks.

Lake Tahoe currently doesn’t have an actual selfie stick ban as such, however staff do try to discourage guests from taking selfies, especially with bears and other wild animals. The reason is that people have actually been attacked by animals while trying to get a good photo.

The popular Scottish music festival has banned selfie sticks, along with flagpoles, for safety reasons and so everyone has a fair chance of seeing the stage.

Just like the O2, Wembley Arena won’t allow selfie sticks so that everyone is safe and has an unobstructed view.

The Smithsonian Institution is a world-renowned group of some 15 museums and research centres. None of these welcome selfie sticks, however.

If you fancy a day out riding roller coasters at a Six Flags park, remember not to take your selfie stick. All 18 Six Flags theme parks and water parks throughout North America don’t allow selfie sticks because of safety concerns.

The largest popular culture convention in the world and the largest convention in San Diego, Comic-Con recently decided against selfie sticks to protect visitors from being injured.

This nightclub in Stoke-on-Trent makes this list because it was the very first nightclub in Britain to introduce a selfie stick ban. The venue wants all customers to have the best time possible and confiscates all selfie sticks at the door.

Housing one of the world’s most impressive collections of Western art, the National Gallery has banned selfie sticks to protect the artworks, to maintain the privacy of visitors and to make sure visitors are safe.

The popular Californian arts and music festival introduced a selfie stick ban, wanting visitors to focus on the experience of the festival.

This museum is a branch of the Hermitage Museum of Saint Petersburg and bans selfies, along with umbrellas, so visitors don’t accidently destroy any of the artworks and exhibits.

The Albertina is one of Vienna’s top museums and houses one of the world’s largest and most important print rooms. If you bring your selfie stick, you’ll have to check it in and pick it up when you leave.

One of the largest football stadiums in the UK, the Emirates Stadium has banned selfie sticks on match days in the interest of public safety.

This music festival, held across Australia, is one of several music events to ban selfie sticks. The sticks have been banned because the organizers feel they’re stopping people from enjoying the concerts. 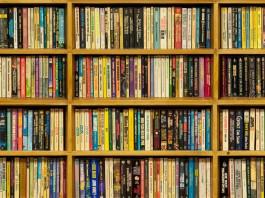 10 Contemporary Fiction Novels Everyone Should Read