Voolas
Home Celebrity You Won't Believe These 7 Actors Regretted these Movies They Starred In...
CelebrityEntertainmentFeaturedTV/Movies

You Won’t Believe These 7 Actors Regretted these Movies They Starred In – Guess What Film Rob Pattinson Regrets!

Everyone has regrets, well, these celebrities have some that may not please you.

If you don’t see Ms. Alba on the silver screen in future years, you can blame Fantastic Four for that. Jessica stated that she had a horrible time on set due to its controlling film crew. She explained to Elle Magazine that director Tim Story made the entire experience uncomfortable for hr:

“[Story said] ‘It looks too real. It looks too painful. Can you be prettier when you cry? Cry pretty, Jessica.’ He was like, ‘Don’t do that thing with your face. Just make it flat. We can CGI the tears in.’ And I’m like, But there’s no connection to a human being. And then it all got me thinking: Am I not good enough? Are my instincts and my emotions not good enough? Do people hate them so much that they don’t want me to be a person? Am I not allowed to be a person in my work? And so I just said, ‘F-ck it. I don’t care about this business anymore.'”

It’s good to see Jessica has strong moral values that so many other stars seem to lack in Hollywood.

While Twilight is a sore subject for some people, no one expected the lead character to despise the film that put him on the map. The British actor recently spoke up about his hatred of the series. In September 2015, he told NME, that Twilight hindered his life, and that he avoided everyday activities like going to the supermarket because he didn’t want to run into paparazzi.

“I had people sitting outside my house every single day, and it drove me crazy,” he said.

In other interviews, he has pointed out the discrepancies in the plot, once stating that he “could never legitimize why a 108 year old guy would want to still be in high school.”
(We could have told you that from the beginning, Rob.)

The Twilight Saga was a raging success, but the fandom became overwhelming for the lead character, who is a self-confessed introvert. The fact that his co-star and ex-girlfriend went on to publicly humiliate him, by cheating with a married man, probably didn’t help towards his love of the franchise either. 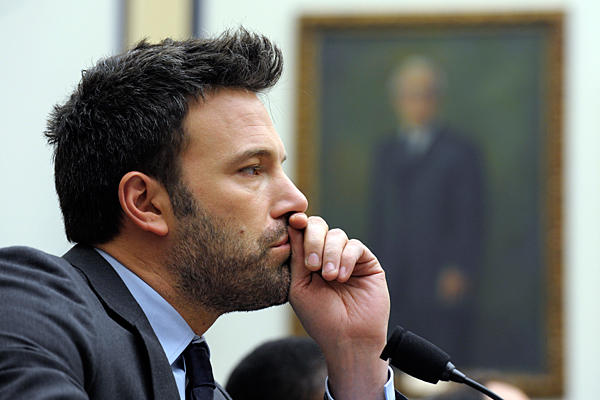 Affleck met his future wife Jennifer Garner on the Dardevil set, but that doesn’t stop him feeling ashamed for starring in the superhero flop. In July 2015, Ben confessed to Entertainment Weekly that the film “didn’t work at all”, and it turns out he was being polite by saying that:

“If I wanted to go viral I would be less polite. That was before people realised you could make these movies and make them well…There was a cynical sense of ‘Put a red leather outfit on a guy, have him run around, hunt some bad guys, and cash the check.’ ”

Funnily enough, his divorce to Garner came about around the same time that he made this statement. Maybe

Halle Berry made no secret of her loathing for Catwoman, especially after she was nominated for a Razzie Award for ‘Worst Actress’. Instead of getting angry, she decided to embrace the humiliation, calling the movie a “piece of sh*t” and giving a brutally honest speech:

“I’d like to thank the rest of the cast. To give a really bad performance like mine, you need to have really bad actors.”

Unfortunately, Halle’s career continued to waver after that. Her 2012 movie Dark Tide received a film a score of 0 on Rotten Tomatoes.

This one’s a heartbreaker. How could someone feel any kind of remorse for a movie that taught us to think about our favourite things? But according to Christopher Plummer, the ‘lovey-doveyness’ of The Sound of Music was the very thing that ruined it for him. He admitted to the Hollywood Reported that it was one of his most difficult roles:

“Because it was so awful and sentimental and gooey. You had to work terribly hard to try and infuse some minuscule bit of humor into it.”

He also referred to the film as “The Sound of Mucus” – I don’t think too many fans will take kindly to that. Well, at least Julie Andrews still embraces of the

This isn’t a big shock, since The Happening wasn’t exactly a box office triumph. The story was weak and the acting was sub-par. Wahlberg soon realised this not long after the movie came out:

“We had actually had the luxury of having lunch before to talk about another movie and it was a bad movie that I did. She dodged the bullet. And then I was still able to … I don’t want to tell you what movie … alright ‘The Happening.’ F*** it. It is what it is. F***ing trees, man. The plants. F*** it. You can’t blame me for not wanting to try to play a science teacher. At least I wasn’t playing a cop or a crook.” (At least he has a sense of humour about it!)

But he should probably regret the movie for this line alone:

Okay, so this one was sort-of a joke, but there’s probably some degree of truth to it. Garfield wasn’t Mr. Murray’s finest hour, and its sequel, Garfield: A Tale of Two Kitties, was even more ridiculous. At least it provided some comic relief in the form of a classic line from the comedy survival horror film Zombieland.

Katie Adcock
Previous article7 Things That Look Like Karl Pilkington – #5 is Uncanny
Next articleThings You Shouldn’t Say To People With Dreadlocks, #1 Especially!

0
Here are 14 of the worst tips you can get from a magazine. Some of them show that there are quite a few people who shouldn't be let out on their own.
Read more

These Stars Photoshopped Into Each Other Look So Natural & Beautiful – #10 Make A Great Combo!

0
Just when you thought celebrities couldn't get any more gorgeous, someone goes and does something like this. DeviantArt user Pedro Berg Johnsen - better...
Read more

17 Geeky Wedding Cake Designs for Geeks – #6 Is So Dashing!

0
These days you can have exactly what you want at your wedding. Which is especially great news for geeks as now we can have amazing geeky wedding cakes!
Read more

0
New Delhi- An Air Force officer has been arrested by the New Delhi Police whose suspicious activity alarmed the authorities. The Group Captain Arun...
Read more

Should Charity Start At Home?

0
Brits are a very charitable bunch. We donate close to £10 billion a year out of our own pockets to all sorts of charitable...
Read more
© © Copyright 2015-2018 - Voolas - Made by few Internet vagabonds.