Voolas
Home Entertainment 13 Reasons Why Skyrim and Game of Thrones Are Basically the Same...
EntertainmentGeekyTV/Movies

Has anyone else noticed the startling similarities between Game of Thrones and Skyrim?

1. It’s all about those dragons returning

Both Game of Thrones and Skyrim has a large portion of the story aimed at dragons. In both franchises dragons haven’t been seen in hundreds of years.

With the return of dragons in both Game of Thrones and Skyrim, they come with a special dragon person. In Skyrim you have the Dragonborn a person who can absorb dragon souls and do big dragon shouts. Then you’ve got Khaleesi the mother of dragons. Both are said to have the blood of the dragon in their veins.

3. There are creepy savages who attack everyone

Perhaps the Forsworn and the Wildlings are just misunderstood… Both groups of savages are feared by those around them. And it’s little wonder why, murdering the locals is one of the nicest things either of these groups do.

Every Skyrim player knows the joys of trying to kill a giant. Now you might think you should avoid them due to their big clubs that destroy you. But the loot rewards are far too tempting. Plus your local Jarl will love you for it. It’s a similar situation in Game of Thrones. Big scary Giants that we’re all a little terrified of.

5. Both have lots of gods protecting them

In Game of Thrones there are The Seven and in Skyrim there are the Nine Divines. No wonder there is so much conflict when there are so many gods to appease. In both each god represents a different aspect of live such as love, war, work etc.

6. There is an ancient tree of the gods

Think of these magical trees as the Grandmother Willow in Pocahontas. In Skyrim we have the Eldergleam and in Game of Thrones we have Weirwood.

7. You can never have too many secretive assassin brotherhoods

No video fantasy TV show or video game would be complete without a mysterious order of assassins. Game of Thrones gave us the Faceless Man (who we still don’t understand) and Skyrim gave us the Dark Brotherhood where you’re paid to take out the locals. No questions asked.

8. Civil war is raged as self-proclaimed leaders try to take the throne

In Game of Thrones it’s Baratheon vs Baratheon vs Stark vs whoever else fancies the throne. Well it was at one point. All these kings keep getting murdered… In Skyrim you have to pick a side in civil war – Imperials or Stormcloaks.

9. Different areas of the land are ruled by Lords

In Skyrim we have the Jarls who control certain areas of land. This is similar in Game of Thrones with the likes of Ned Stark who was (sniff) the Warden of the North.

10. There are some seriously sinister undead dudes on the loose

Just how terrifying are the Whitewalkers in Game of Thrones? They seem like an unstoppable force that could well be heading for King’s Landing. It’s no different in Skyrim. Here we have Draugr, scary undead creatures that can be pretty tough to kill.

11. A highly-advanced civilisation destroyed by a catalytic event? You bet.

If you play Skyrim or watch Game of Thrones you’ll have heard of Valyria and the Dwemer. Both are ancient civilisations that were very advanced in their weaponry and technology, however they were both wiped out by a freak event.

We think Scholars are book worms but the Maester and Court Wizards in both franchises are just good with magic.

13. Both focus on the death of one king – who had a mad nickname! 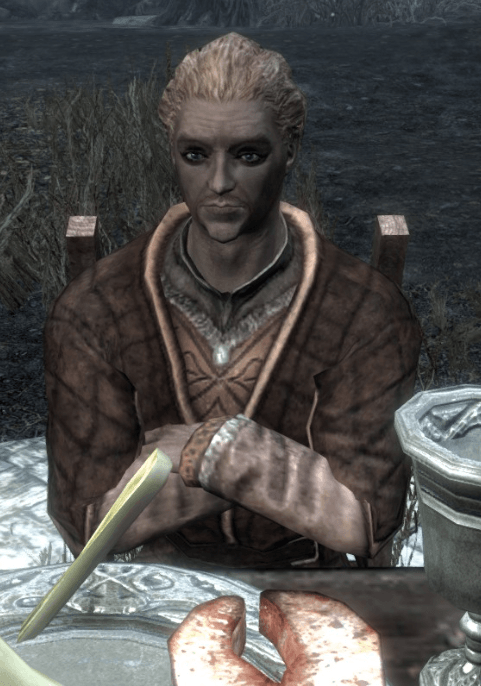 The Mad King and the Mad Emperor. Both killed and now everyone is fighting over their throne.

1. Game of Thrones and Skyrim are basically the same, aren’t they?

Steph Cosway
Journalism graduate and 100% geek. I have worked in writing for the last 7 years as well as dabbling in a science laboratory. So if I ever stop writing, it's because I've been in a lab experiment and turned into a super villain. I'm particularly interested in video games, comics and Harry Potter. Oh and I have lots and lots of cats.
Previous articleThese 8 Cosplay Costumes May Prove to Be the Best Ones Ever – #8 is Just Love
Next articleCan You Use an iPad Pro Over a Laptop?

0
There’s no escaping Frozen. No matter how hard you try, you can’t get away from it - the pop culture phenomenon just won’t seem...
Read more
Celebrity

Photos of Top Supermodels Not Looking Their Best

0
Supermodels are presented to the public as being glamorous, trendy, fashionable and very good looking. But just like you and me, they have their...
Read more
Celebrity

13 of the Worst Celebrity Waxworks That Are Actually Terrifying – #5 Will Stop Your Breathe!

14 Stars Who Look So Much Like Muppets It’s Freaky!

0
We all love celebrities and we all love The Muppets, but what we all love most is a celebrity who looks just like a Muppet!
Read more

Must Have Accessories For Fall

0
Now that the Fall has begun it is important to have the must have accessories and have the ultimate fashion statements. Here are some...
Read more

Everything That Went Down At Apple’s iPhone SE Event

0
So, every year Apple holds two events! One in which it usually announces new software and maybe a few updates hardware products and then...
Read more

0
Let's take a look at the new Disney movies coming out over the next few years...
Read more

0
A man in Australia now holds the record for the most tattoos of characters from a single animated series. With over 200 tattoos adorning...
Read more

0
Before you head to buy a movie tonight, why not go through this list of the worst movies ever made to stay away from them?
Read more
© © Copyright 2015-2018 - Voolas - Made by few Internet vagabonds.
We use cookies on our website to give you the most relevant experience by remembering your preferences and repeat visits. By clicking “Accept All”, you consent to the use of ALL the cookies. However, you may visit "Cookie Settings" to provide a controlled consent.
Cookie SettingsAccept All
Manage consent