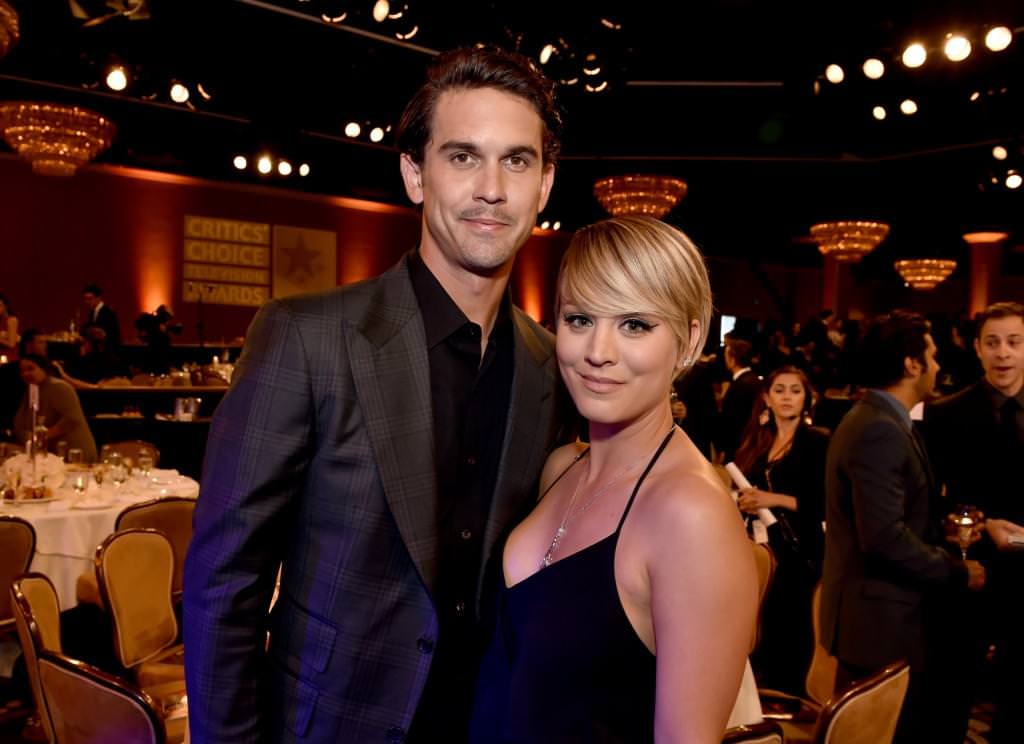 The Big Bang Theory star Kaley Cuoco is currently swept up in a divorce, information on the marital split slowly trickling into the media as the proceedings continue at their usual slow pace. It’s been released that Ryan Sweeting is currently pursuing spousal support from Cuoco once the divorce is over. With this in mind, we thought we’d throw together a list of some of the more famous divorces that have taken place over the past few decades and in the most mysterious and less speculated ways:

Since the split of Cruise and Holmes, there’s been widespread speculation that it was Cruise’s heavy involvement with the Church of Scientology that lead to the divorce. Tom Cruise has also been quoted as saying that the divorce was an attempt on Holmes’ part to keep their daughter safe.

After it was announced that the Hollywood couple were planning their split, much of the media attention on the two centered around the supposed downtrodden place this left Aniston. This continued further after Pitt moved onto becoming “Bradgelina.” Despite this, the two have remained civil in the public eye and have stated in various interviews that there’s no bad blood between the two.

Perhaps more of a media blowout in England than in the States, these two have been back and forth in the tabloids since their highly controversial split. While it’s been Price who has supposedly badmouthed Andre more than the other way round since their divorce, they’ve definitely both had a lot to say about the other since they decided to go their separate ways.

Many were shocked when Spears married the fairly unknown name after only being with him for five months, while being arguably less shocked after the brief marriage ended. Neither have slung much mud since the break but Spears has admitted she rushed into the marriage far too quickly and that she did so for all the wrong reasons.

The split between Sheen and Richards was famously messy, ending in the Two and a Half Men actor paying out a lot of money to the mother once it was all finished up. Since then, there has been continuous comments made by the two, with Sheen even tweeting insulting language towards Richards as recently as Father’s Day this year.

How do you feel about this news story? Do you think that Sweeting is justified in asking for this support from his soon to be ex-wife? Or, do you think that this really none of our business, that this should be left in private so that people can sort out their own marital issues between themselves? Leave a comment letting us know your take on this story.

Jake Ormrod
I am a freelance writer living in Manchester, finishing off my first novel for a Creative Writing MA. I write/read every day and have a borderline obsession with music and video games.
Previous article12 Things You NEED To Know About Fallout 4 – #6 is My Fav!
Next articleGuy Sleeps Surrounded By 6 Million Dead People For Halloween… Does This Beat Yours?

0
Many people are able to make a living off making YouTube videos in 2022, but just how much do some of the top YouTubers...
Read more
Celebrity

0
Most followed celebrities on Instagram keep changing, some were very popular earlier and now there are new celebrities who have more followers. As Instagram...
Read more
Celebrity

Things Beyoncé Has Done That Remind Us Of Her Superstar Status

0
It's safe to say that Beyoncé is one of the world's most popular and successful singers. Whenever she performs, she delights fans and critics...
Read more
Celebrity

The Celebrities Who Didn’t Support Brexit

0
The people of the UK voted to leave the EU, a decision which shocked many people throughout the world, including many UK politicians and...
Read more

0
Sometimes when people meet they just know they are meant to be together. When this happens to celebrities it usually results in a short engagement...
Read more

12 Of The Best Things About Spring To Look Forward To

0
Many people find winter to be the most miserable and depressing of the four seasons. If there's one good thing about winter (besides Christmas),...
Read more

0
Today is World Left Handers day but we are going to celebrate it in a unique way. Read this post to find out. We often...
Read more

0
Australia, where nature freaks you more than a horror movie! Stay put for what you will see may shock you... You cannot trust nature as it is.
Read more

0
Here comes the most awaited list of movies that made the most of our money this year!
Read more
© © Copyright 2015-2018 - Voolas - Made by few Internet vagabonds.
We use cookies on our website to give you the most relevant experience by remembering your preferences and repeat visits. By clicking “Accept All”, you consent to the use of ALL the cookies. However, you may visit "Cookie Settings" to provide a controlled consent.
Cookie SettingsAccept All
Manage consent