Disney princesses have always been rather small, but we might be able to forgive that if they didn’t have such abnormal faces. They all have a very childlike imagining of beauty- huge eyes, wide cheeks, and a small nose. From Disney’s point of view, maybe this is used to emphasise their innocence and emotions, or to make them appeal more to children in that they have a curious mixture of childlike qualities and adult features. However, from the point of view of anyone older than a child, they’re very much stylised.

Photoshop artist TheNamelessDoll has reimagined Disney princesses to make them look less like cartoons can more like ‘normal’ people you’d meet on the street. This includes making the eyes smaller and the noses larger, but in the case of Anastasia and Belle, this also means giving them some extra padding so that they have proportions more in line with the normal female figure. The results of the Photoshop edits are captivating and a little unnerving, as though the princesses have actually come to life and turned into real people. Once you see these, its difficult not to notice just how overdrawn and over animated the characters are, and how little they actually portray adult women. 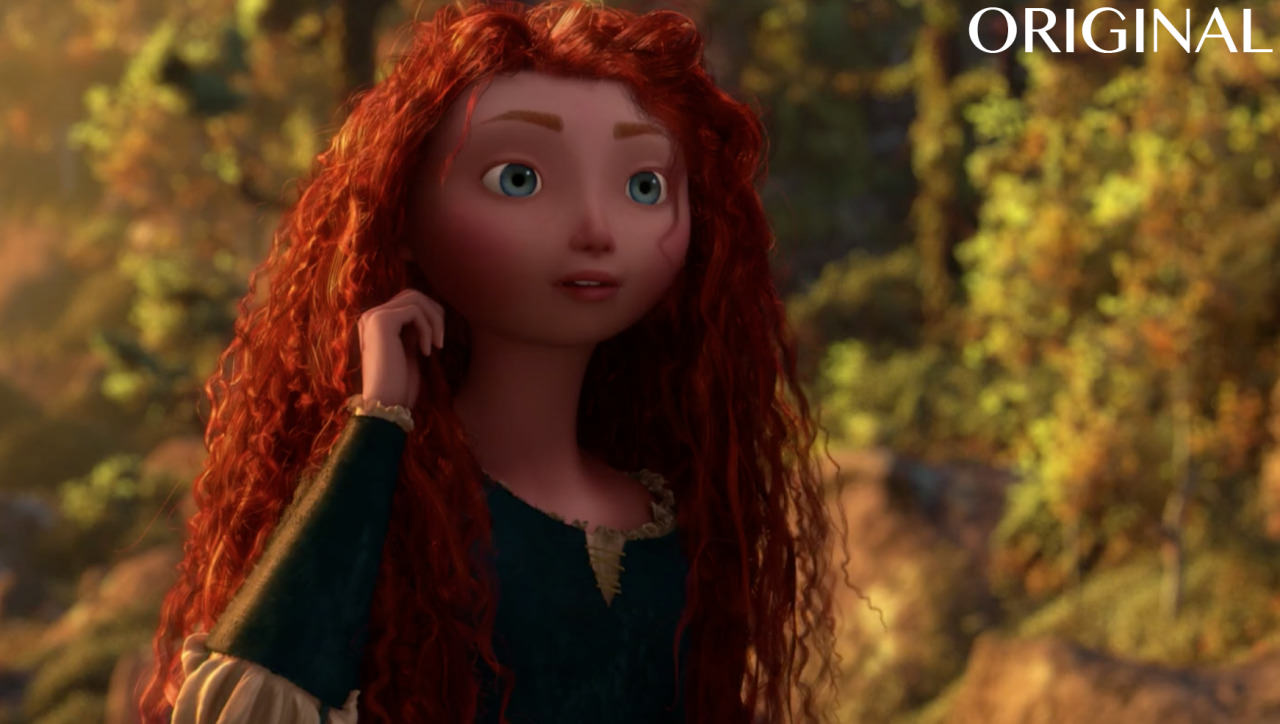 Merida’s face has had a whole re-imagining and she looks much more human, as well as a quite a bit older. 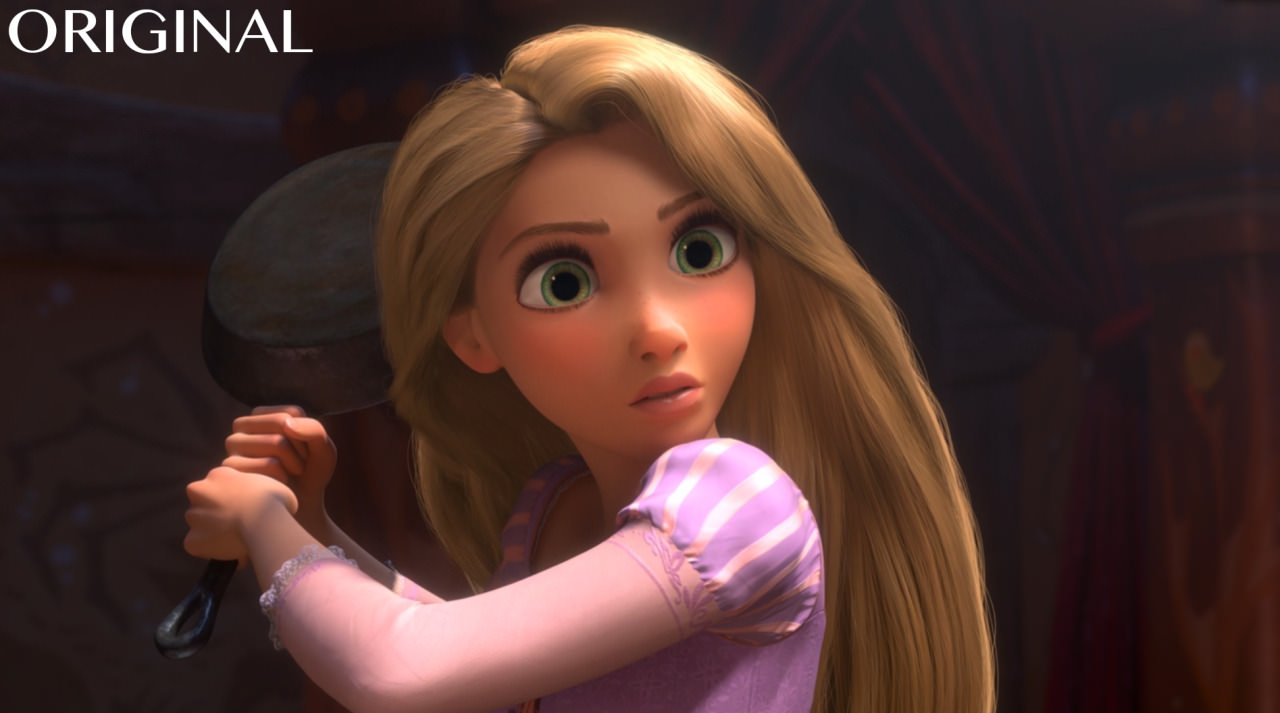 Rapunzel’s long hair is often seen as being her main attribute, but what about the huge staring eyes? In this edit, she seems like she was actually modelled on a real person instead of a strange woman-child hybrid. 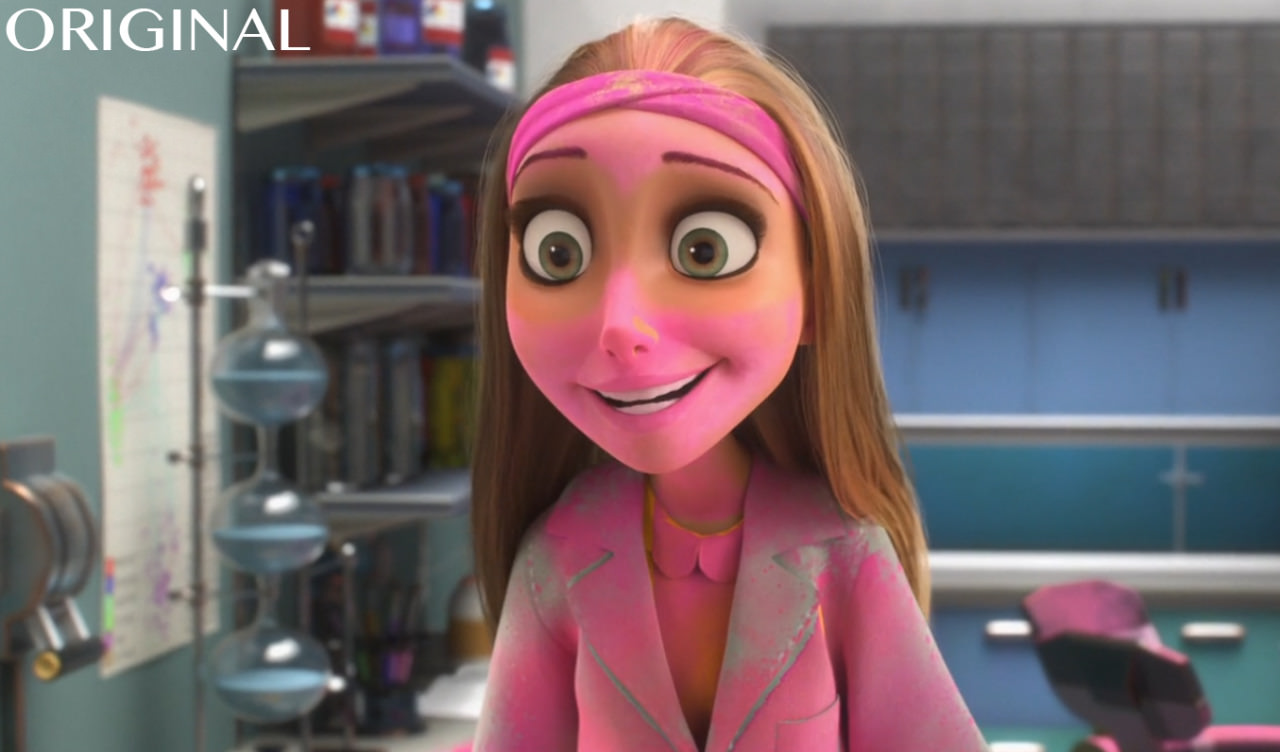 Giving the face normal proportions makes a huge difference to Honey Lemon and you can really see just how exaggerated they are to start with. 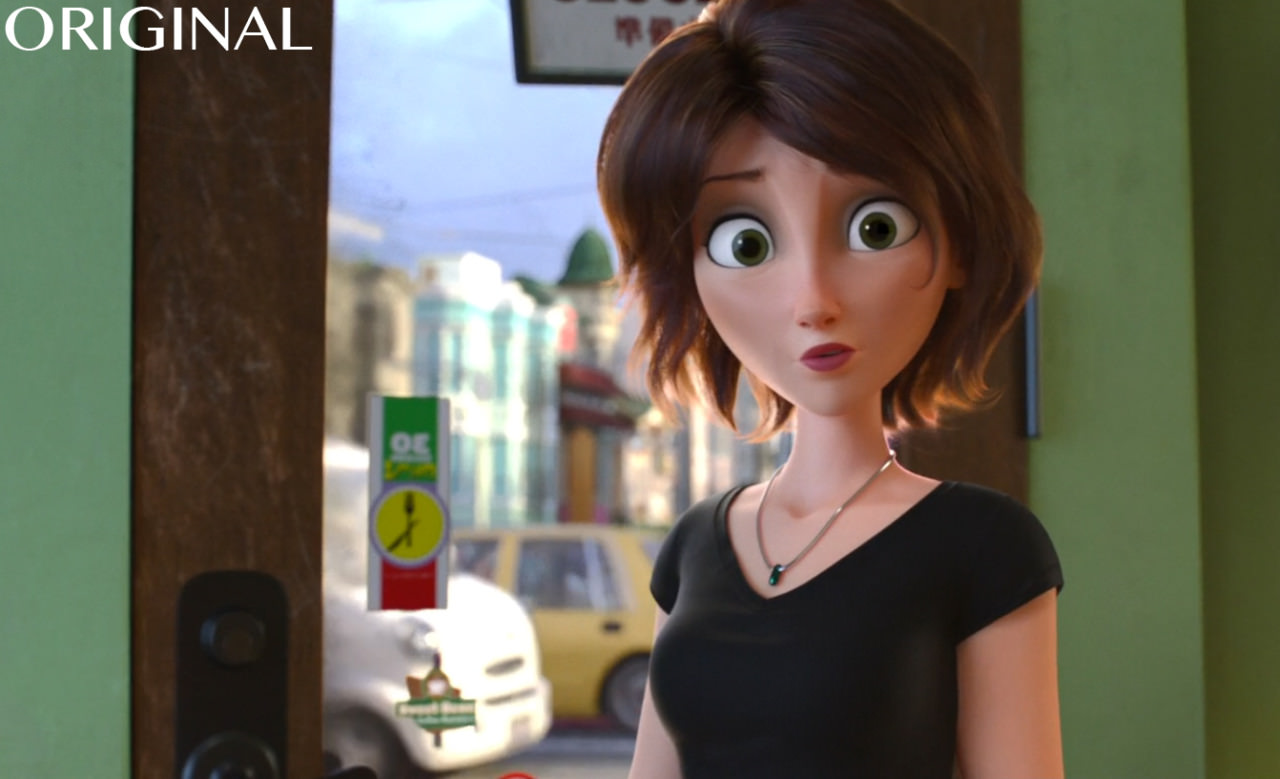 In the before and after it’s clear to see how much Disney characters’ eyes influence the size of the head. With smaller eyes, the head looks as though it has been shrunk by half. 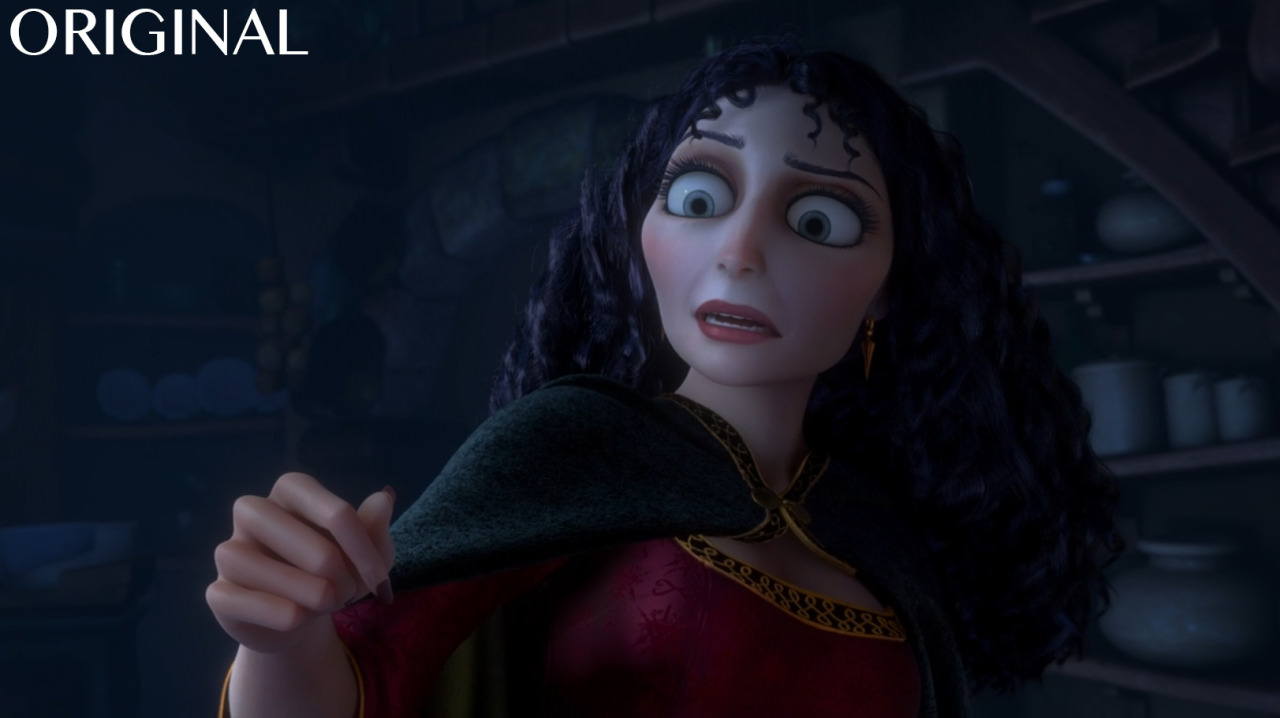 It seems that it isn’t just the princesses and ‘good’ characters that get the childlike treatment, even old Mother Gothel has been subjected to having huge eyes and a tiny nose. This edit is quite unsettling as she looks less scary and deranged with more normal facial proportions. 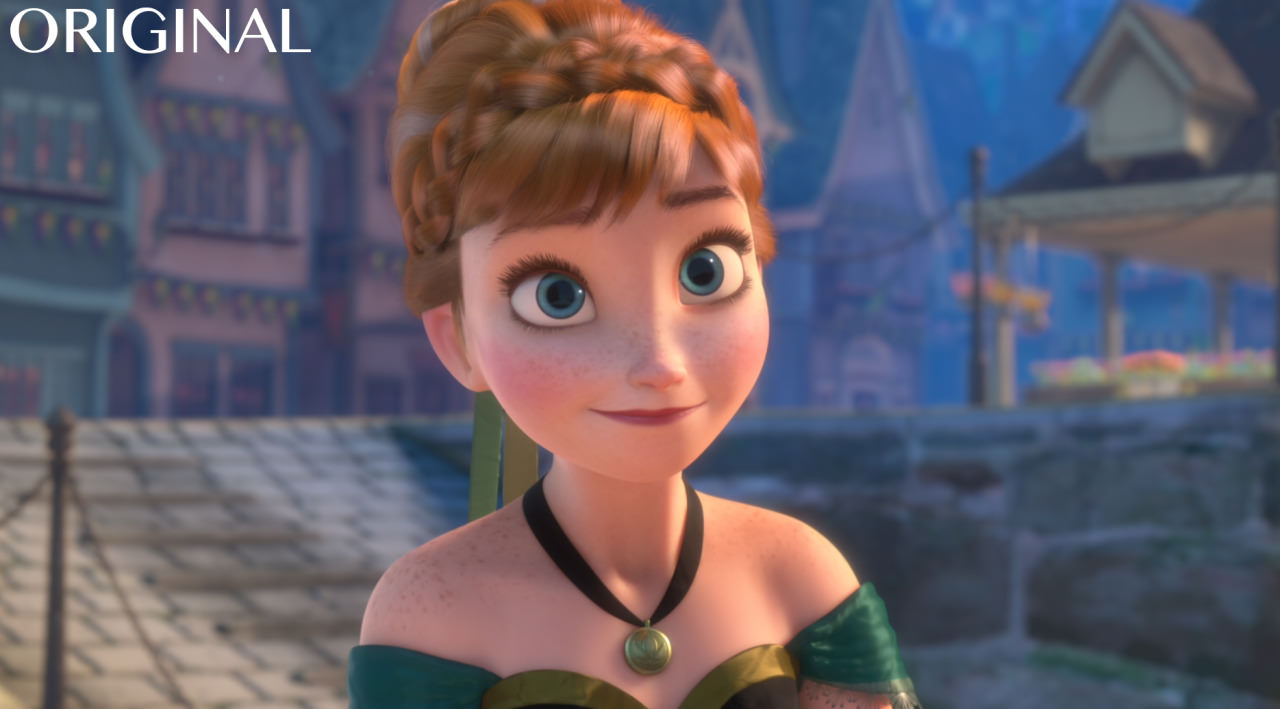 Ana looks incredibly more realistic without the ‘baby face’ that Disney had given her in Frozen. She looks much older, probably closer to the age is supposed to be by the end of the movie. 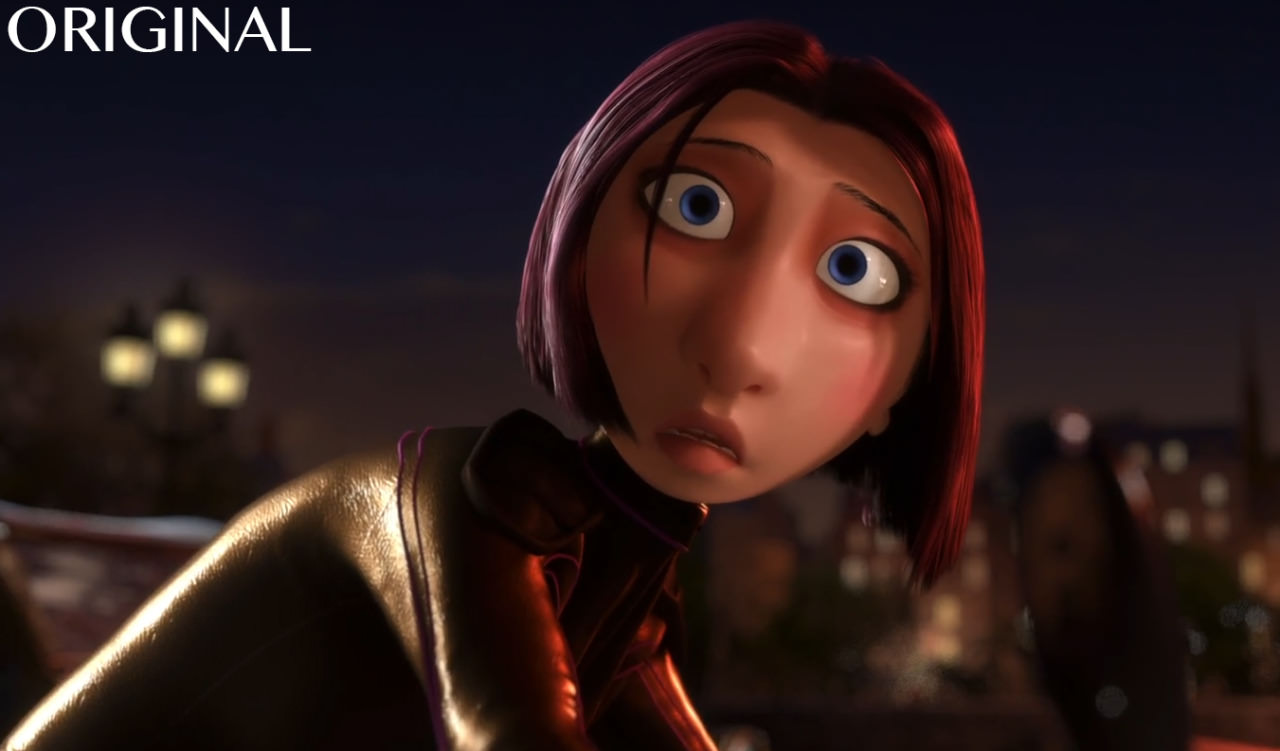 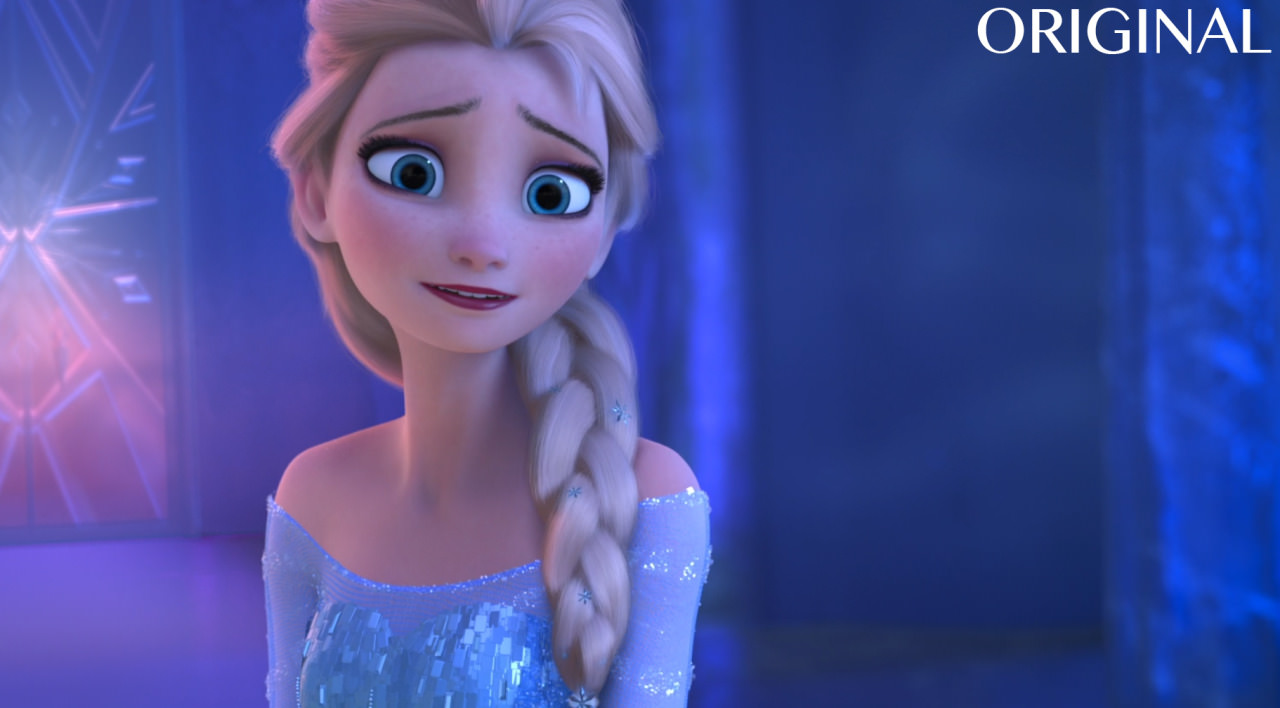 As well as creating an edited image, the artist also created a new GIF of the character. It’s hard to go back once you’ve seen the reincarnation of Disney favourite Elsa, with her actually looking her age instead of a bit bug eyed.

In this image and GIF, Anastasia is given a body which is more to the same proportions as Sophie. It makes her look wildly more real and human, without any of the ‘jolliness’ that larger Disney characters usually have. Many fans are waiting for the day that they will see a plus size protagonist or princess, and this edit shows that the idea would actually work well.

Belle from Beauty and the Beast 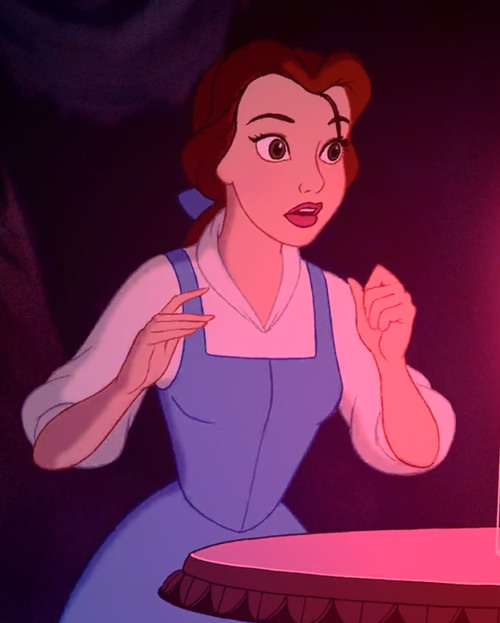 Belle has also been given a plus size makeover, although this one isn’t quite as dramatic. Still she looks much more realistic, retaining her perfect features but adding some extra weight that will be familiar to all of us. Nothing is detracted from her beauty and, if anything, she actually looks more realistic.

Kirsty Paterson
Previous article15 Things You Need to Know About Snapchat
Next article20 Things Only Sibling No. 2 Would Know – No. 11 Is Everyone’s Favorite

0
The Exorcist is one of the most famous horror films in history. Released in 1973, it went on to become one the most critically and...
Read more
Funny

0
Neon signs have the important job of sending out business messages and attracting customers. When a light or two burns out and the message is...
Read more
Funny

0
They say having kids is a rewarding and fulfilling experience, but what they don't tell you is that kids can be an absolute nightmare. Leave...
Read more
TV/Movies

0
Whether it's plot discrepancies, objects disappearing between shots, historical inaccuracies or even crew members visible on screen, there are all sorts of mistakes that...
Read more

5 Adorable Parent/Child Duets That Will Make You Go Awhhh

0
These parent and child duets are so sweet, they out-cute a than a basket of kittens coated in sugar then dipped in a ten...
Read more

0
You might find some of these terms in Webster's dictionary, but only true fans of The Big Bang Theory will know what they really mean! 1. Trestling What it...
Read more

17 Geeky Kids That Cosplay Better Than You

0
Adults that cosplay are cool, but it's the kids that cosplay our favourite geeky things that really capture our hearts. There's something about seeing...
Read more

0
Everybody wishes that they had the same care free nature as little kids. They don't know about the stresses of life just yet, and...
Read more

0
We've come up with 10 easy tips to try and think of or apply into action when attempting to up your productivity levels.
Read more
© © Copyright 2015-2018 - Voolas - Made by few Internet vagabonds.