Voolas
Home Health 8 Shocking Sleep Habits from Around the World That Will Awaken Your...
HealthLifeScience

We humans sleep for an average of 26 hours in our lifetime. But it’s surprising how little we know about the subject that controls our health, our productivity and even our relationships. For example, I bet you didn’t know that man is the only mammal that voluntarily delays sleep! Or that the body never adjusts to shift work no matter how long you’ve been doing it! What’s even more curious about sleep is that not everybody has the same sleeping habits. In some countries, they have unique sleeping patterns that we may find unusual. But if you’re having trouble with insomnia, it may be useful for you to check these out as it might hold the key to you finally having a good night’s rest.

The Japanese sleep on average just 6 hours and 22 minutes per night! The majority don’t fall asleep until after midnight and wake up at around 7 am. While this may seem like a draining lifestyle, many researchers actually believe this is the secret to Japan being one of the healthiest countries, alongside a high-protein diet. Some say that too much sleep can have a negative effect on your health and cause depression.

2. The USA have the most pillows.

In North America, pillows are one of the most important components of a good night’s sleep, which is why they have an average of 2.2 pillows on their bed. In contrast, Japan has the least amount, with an average bed containing just 1.1 pillows.

3. In the UK, a third of people sleep naked.

This one is a shocker! Who’d have thought of all the countries, the United Kingdom would be one of the most liberal when it comes to wearing their birthday suit in bed? But it’s true – one third of British people snooze naked! Science suggest this method of sleeping can prevent you from getting too hot and reduce the risk of yeast infections.

4. Mexicans have the tidiest bedrooms. 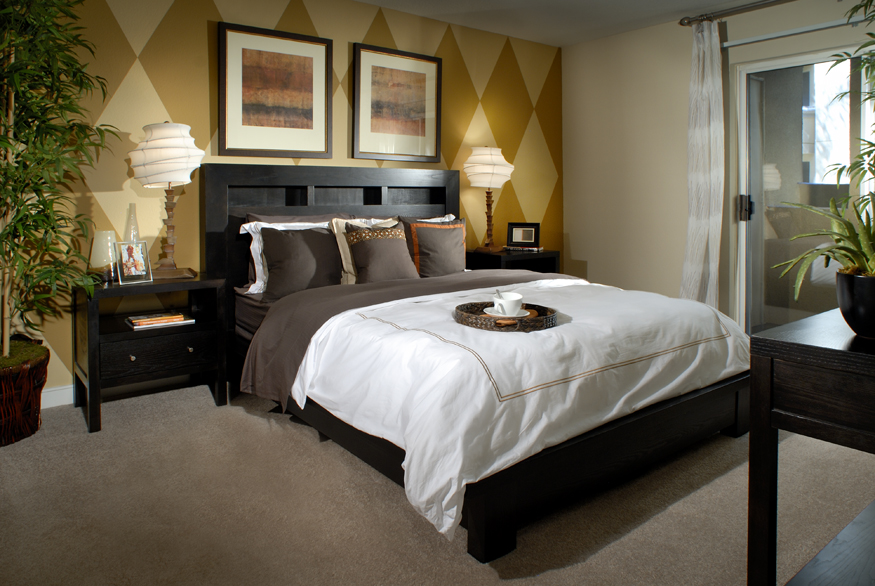 On the other side of the planet, Mexicans are snoozing for an average of 7 hours and 6 minutes per work night. Just under half of Mexicans are reported to have a good quality sleep each night, and that is most likely due to the fact they have the tidiest bedrooms. 82% of Mexicans make their bed every single day, so if you’re having trouble getting forty winks, maybe this is a method you could try.

The Spanish may just be the envy of every sleep lover in the world. In many parts of the country, a siesta is taken in the early afternoon, just after the midday meal. This lasts between 15-30 minutes, and in some places, shops will even close down so that workers can go home and have a power nap! Jealous much?

6. In some African countries, there is no sleep schedule.

In modern-day African tribes, particularly those in Botswana and Zaire, there is no set schedule for which people sleep. Unlike Western societies, they simply sleep when they feel like it, whether it is in the morning, afternoon, or night!

On the Indonesian island of Bali, there is a well-known phenomenon called “fear sleep”, where humans have practiced sleeping on cue as a way to avoid stressful situations. This method is said to be beneficial, as studies show that a deep sleep can help to calm your emotions and rid your worries.

One thing that the world does have in common is the regular use of bedroom scents including air fresheners and candles. Around 75% of people across the globe use scents to relax them. The most effective appear to be lavender and jasmine.

Katie Adcock
Previous article16 Tweets That People Without Kids Will Never Understand – #4 is so True!!
Next article8 Awesome Graphic Novels That Comic Newbies Should Totally Be Reading

What’s The Fastest Land Vehicle To Have Ever Graced This Earth?

0
The Land Speed Record is something that humans always see as a human physical achievement. What is the fastest we can make anything move...
Read more
Family

15 Reasons Autumn Is The Best Season

0
Summer has nearly come to a close with only the occasional sunny day left, so now we are turning to Autumn. This means getting...
Read more
Funny

0
Everyone loves a good bargain and wondering when is Black Friday, but not everyone's prepared to queue up and storm into a store along...
Read more

0
You can't let good genes go to waste! From the Beckham's beautiful brood to Heidi Klum's modelworthy offspring, here is our list of the...
Read more

What Do Your Nightmares Actually Mean… Do You Have These Common Dreams?

0
We all get nightmares, some more than others and some rarely ever at all but it is a natural occurrence. However, when you have...
Read more

0
Here are 11 of the most genius ones out there - let's hope they didn't get marked down too much!
Read more

0
We have put together 8 of the best time travelling films that have something to do with time travel.
Read more

You Won’t Believe These 7 Actors Regretted these Movies They Starred In – Guess What Film Rob Pattinson Regrets!

0
Everyone has regrets, well, these celebrities have some that may not please you. 1. Jessica Alba Regrets Fantastic Four If you don't see Ms. Alba on...
Read more
© © Copyright 2015-2018 - Voolas - Made by few Internet vagabonds.