How Disney Princesses Would Look If They Wore Realistic Makeup

While we all know animated movies aren’t meant to be realistic, there are a few things that can be really annoying, such as when makeup still looks perfect even after swimming underwater or sleeping for 100 years. Loryn Brantz has edited some iconic Disney princess scenes to show what they would really be like if the princesses wore realistic makeup, complete with running mascara and smudged lipstick.

5. Ariel from The Little Mermaid

While Ariel looks great underwater and would probably have invested in a few waterproof products, being bashed about by the waves is another thing altogether. With her wet hair clinging to her head, she’d also probably be covered in mascara and eyeliner which would run down her face and make her look more like a panda than a mermaid. 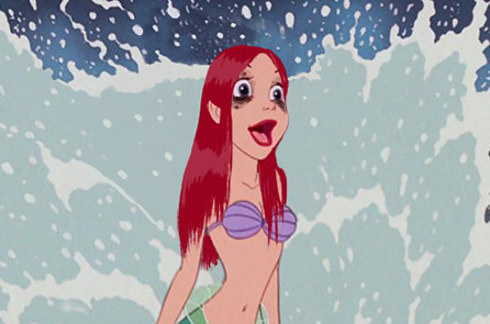 20 Of The Worst Sequels to Great Movies Ever!

0
Some great movies should just be left alone, they were wonderful films and they should stay like that. However, due to the massive amount...
Read more
Entertainment

Who Are The Best Horror Villains Ever? We’ve got 10 Great Choices Right Here!

The Top 10 Superhero Games Ever Made

0
Superhero games are often hard games to get right. Everybody wants to play as their favourite character that they've read about in comic books...
Read more

9 of the Most Haunted Locations All Ghost Hunters Should Visit – I Dare you too!

0
We all love a good scare, some of us more than others. Whether you're just a little bit curious about the paranormal, or a...
Read more

0
When do you know that you are the only one in the family that may know a bit too much to be considered useful and instead are considered the nerd? Let us tell you.
Read more

Everything You Need To Know About Fortnite Season 9

0
Fortnite is without a doubt one of the biggest games ever released. Developed by Epic Games, this post-apocalyptic, multi-player game has been played by...
Read more

0
When Darwin taught us about evolution we learned that us humans have evolved from apes. But what if we evolved from a totally different...
Read more
© © Copyright 2015-2018 - Voolas - Made by few Internet vagabonds.