Voolas
Home Celebrity Amy Schumer has a New Boyfriend - But There is A Different...
CelebrityEntertainmentTV/Movies

Everyone’s favourite comedian, actress, feminist, producer and human. The 34 year old Trainwreck star is recently in a relationship with a beautiful furniture designer 29 year old, Ben Hanisch. He’s tall, romantic and basically a real life version of Aidan from Sex and the City. He has created his own furniture line The Last Workshop from scratch, using only 100% US sourced materials. How was this catch ever on the market?

Amy and Ben met through a dating site. ANY OF US COULD HAVE MET BEN. They used the woman empowering Bumble app, which takes away any of the creepy comments women have to put up with using other apps, by creating a mutual swipe match system, but once mutually matched the woman must make the first contact and without so, the connection will be deleted within 24 hours (otherwise with same sex couples, they have 24 hours for either to make contact)

Ben has already posted a picture of the couple on his Instagram looking cosy having outdoors fun captioned “Sometimes in life you get extremely lucky, and the smartest, funniest, most beautiful woman comes along when you least expect it. Here’s to what adventures 2016 brings!” Awwww! Have we mentioned we love him yet?! 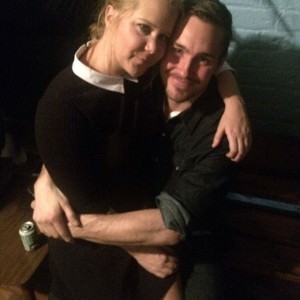 Sometimes in life you get extremely lucky, and the smartest, funniest, most beautiful woman comes along when you least expect it. Here’s to what adventures 2016 brings!

Things are looking pretty serious for the couple, as Ben has already met Amy’s family (and apparently has the seal of approve from Amy’s sister and road manager Kim Caramele and brother Jason Stein!) Things are going pretty well. The couple recently sat front row during President Barack Obama’s emotional speech involving a pressing urge to limit gun violence. She posted onto Twitter a photo collage of the crew captioned “Fam and man at the whitehizzy.” 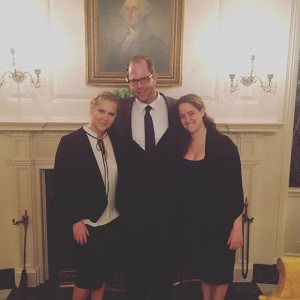 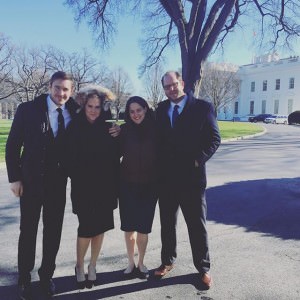 We are so happy for the beautiful couple and can’t wait to see more of their pictures!

Natasha Tooray
Amateur masterchef. Superior comedian. I like cats, cocktails and creepy texts you aren't suspecting. You can check out my Pinterest below: I pin interior design, clothes, travelling and food.
Previous articleThis Artist Makes Animals and Their Prey Look Cuter Than Ever – Yes Cute!
Next articleEd Sheeran Upsets Adele About Her New Album with A Phone

0
"iPhone Problems And Struggles in 2020" It is fair to say that more people are trying to get on the iPhone band wagon in 2019...
Read more

Here Are Some Of The Weirdest Currencies You’ll Ever See

0
While eCommerce is becoming increasingly popular and we're using physical currencies less and less, there will always be a place for coins and notes....
Read more

0
From being chased by mobs to the airport and getting in brawls with police in the duty free section, here are 10 huge artists banned from countries.
Read more

Why Some Jokes Are Funny While Others Not?

0
We all love jokes specially when they are not about hurting anyone or criticizing anyone. They are made when the person who made a...
Read more
© © Copyright 2015-2018 - Voolas - Made by few Internet vagabonds.
We use cookies on our website to give you the most relevant experience by remembering your preferences and repeat visits. By clicking “Accept All”, you consent to the use of ALL the cookies. However, you may visit "Cookie Settings" to provide a controlled consent.
Cookie SettingsAccept All
Manage consent